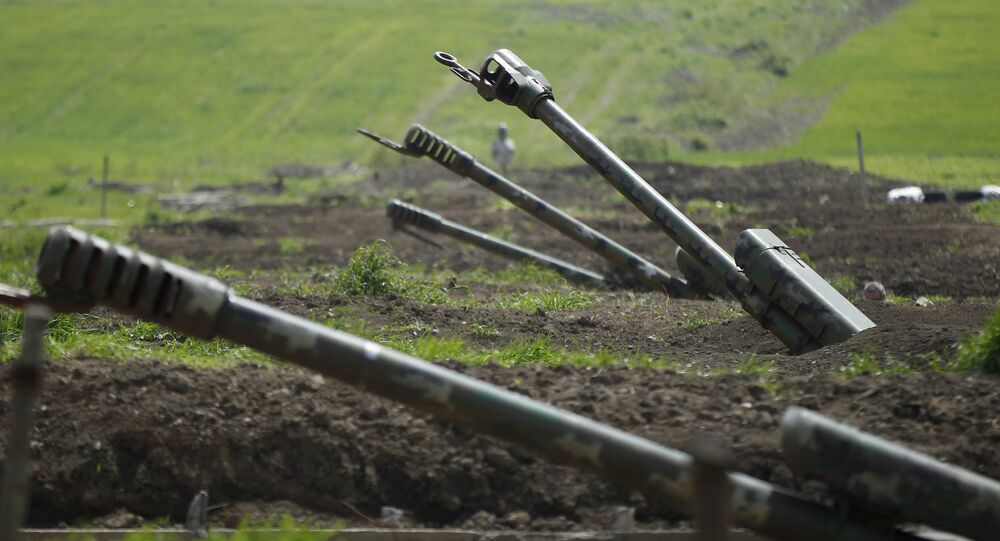 Azeri troops returned fire against the Armenian Armed Forces who had allegedly breached the truce in Nagorno-Karabakh.

BAKU (Sputnik) – Armenia violated the ceasefire along the line of contact in Nagorno-Karabakh 116 times over the past 24 hours, the Azerbaijani Defense Ministry's press service said Sunday.

© REUTERS / Staff
Azerbaijan Blames Armenia for Violating Karabakh Ceasefire 100 Times
Azerbaijan and Armenia agreed on an immediate ceasefire on April 5, after almost four days of intense fighting in the disputed Azerbaijan's region of Nagorno-Karabakh with predominantly Armenian population. The parties have since accused each other of multiple ceasefire violations.

"Despite the previously reached deal on ceasefire on the line of contact in Karabakh, the Armenian side violated the regime along the line 116 times over the last 24 hours," the press service stated.

According to the ministry, the Azerbaijani forces responded with 124 fire strikes on the Armenian positions.

Nagorno-Karabakh lies within Azerbaijan but is controlled by ethnic Armenians. It was at the heart of an Azeri-Armenian war in the late 1980s and early 1990s that ended in a Russia-mediated ceasefire in 1994.