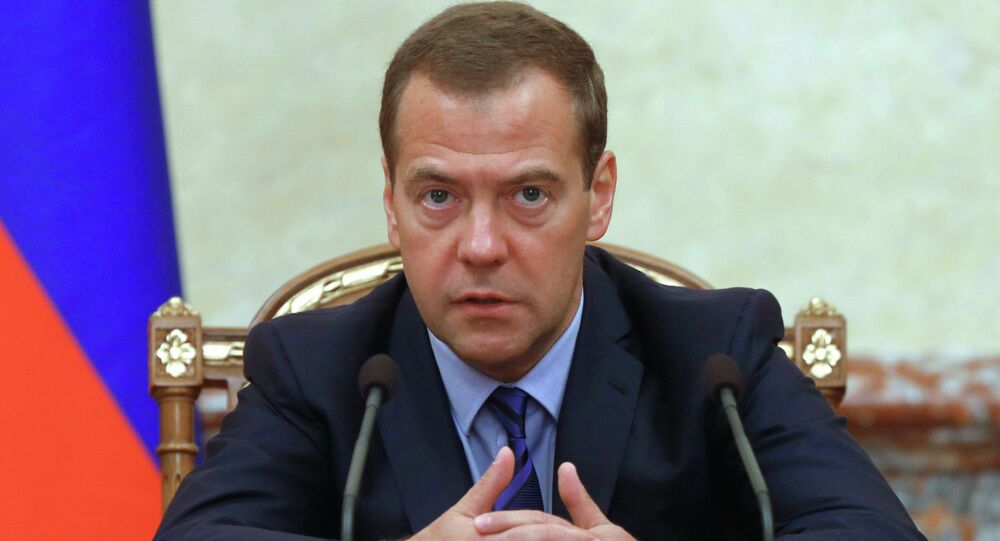 Russian Prime Minister said that "Turkish factor" in the Nagorno-Karabakh conflict may be present.

"There is a host of forces that are closely looking into the consequences of the Nagorno-Karabakh conflict for the situation in the Middle East and on Russia… All conflicts at a given time may in one way or another be a factor in political decisions. So I do not rule out that there are factors that are influencing the conflict from abroad. You mentioned the Turkish factor. The Turkish factor probably exists, at least because Turkey has expressed its position," Medvedev said.

The ceasefire regime in Azerbaijan's breakaway region of Nagorno-Karabakh is being maintained, however, separate shootings occur in the region, Russian Prime Minister said.

"In any case, at the moment… the truce has been declared, and it is maintained. If there are shootings, they are of a single character," Medvedev said.

It is better to keep the conflict in the breakaway region of Nagorno-Karabakh frozen, than to to try to quickly resolve it at the cost of human lives, Dmitry Medvedev said.

"It's better to maintain the situation as it is, than to shed blood," Medvedev said.

Turkey's tendency to make assessments of the conflict in Nagorno-Karabakh instead of calling for peace is a cause for concern, Dmitry Medvedev added.

Previously, Turkish President Recep Tayyip Erdogan voiced Turkey's support for Azerbaijan against the breakaway region of Nagorno-Karabakh and Armenia. The president has also accused Russia of being a side in the conflict.

"Instead of calling for all sides to calm down, urging them to return to the discussion table, to begin talks and end shooting, certain evaluations were given. Why? To add oil to the fire? This, certainly, can only cause concern," Medvedev said.