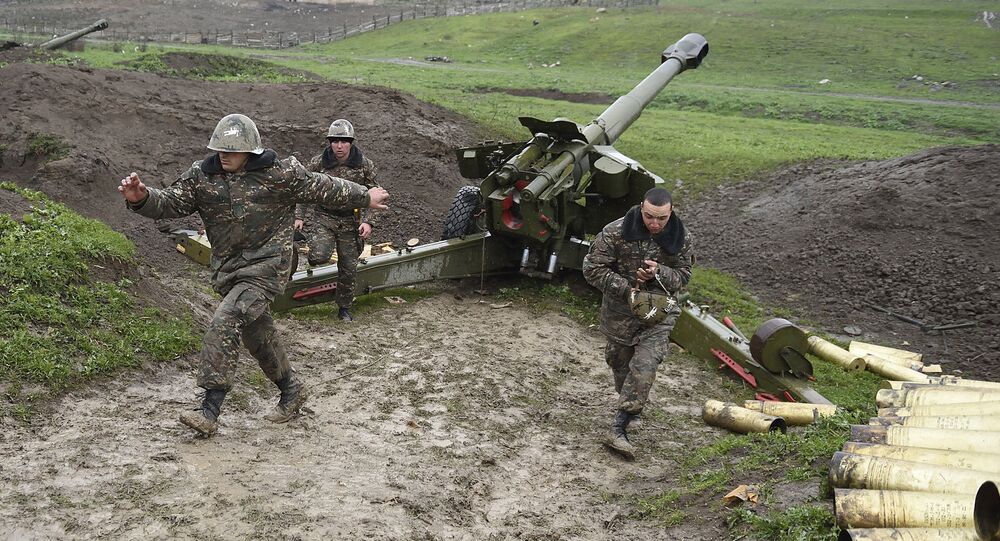 MOSCOW (Sputnik) — The Iranian foreign minister stressed that Armenia and Azerbaijan must immediately stop all violence and restore peace in the region.

"Taking into account the problems and the crisis, which is seen in the region, we must make every effort to prevent the worsening of another conflict in the future," ISNA news agency quoted Zarif as saying.

© Sputnik / Iliya Pitalev
Why Nagorno-Karabakh's 'Frozen Conflict' Has 'Potential to Extend Beyond Region'
On April 2, Armenia and Azerbaijan declared a dramatic escalation of the situation in the Nagorno-Karabakh region. Baku and Yerevan traded blame for breaching the truce in the conflict and reported heavy fighting in the area.

The conflict in Nagorno-Karabakh began in 1988, when the Armenian-dominated autonomous region sought to secede from the Azerbaijan Soviet Socialist Republic, before proclaiming independence after the Soviet Union's collapse in 1991. The conflict escalated further in September 2015, with the sides blaming one another for violating the truce. The minaret of a mosque damaged during the war in the town of Shusha in the self-proclaimed Nagorno-Karabakh Republic.