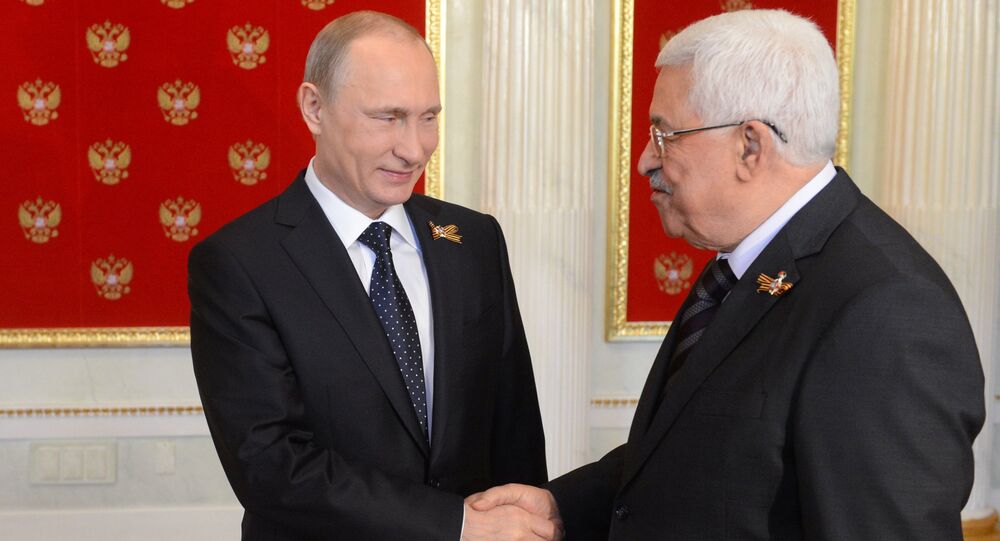 MOSCOW (Sputnik) — Palestinian leader Mahmoud Abbas may visit Moscow in mid-April to discuss issues in the Middle East and bilateral relations with the Russian leadership, a diplomatic source from the Palestinian Authority told Sputnik on Wednesday.

“Mahmoud Abbas may visit Moscow in mid-April to discuss with the Russian leadership the development of the bilateral relations and regional issues,” the source said.

Host Photo Agency
Putin, Abbas to Meet in Moscow Tuesday Evening - Kremlin
Abbas’ visit would come a month after the first Russian-Palestinian intergovernmental commission on economic and trade relations in Ramallah that was expected to draw up a roadmap for further ties.

Earlier this month, the Russian Foreign Ministry called Israel’s expropriation of 155 hectares of land near the town of Jericho illegal and expressed concern about settlement projects in the occupied Palestinian territories.