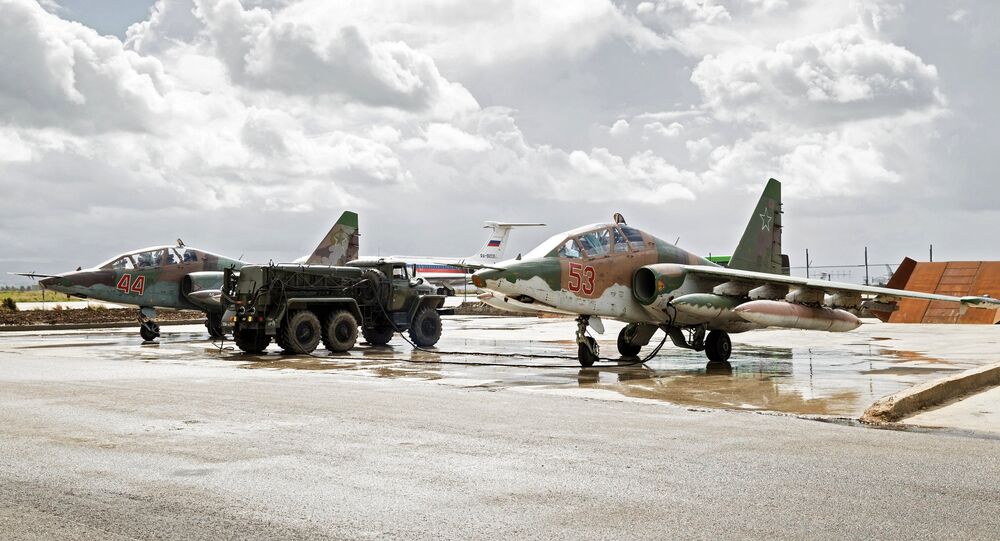 The Russian Aerospace Forces' success in Syria has already attracted the attention of a whole array of foreign customers, with the total value of the military contracts expected to be ten times that of the anti-terrorist operation itself, according to the Russian daily Kommersant.

Ministry of defence of the Russian Federation
Reaping Fruits of Victory: First Results of Russia’s Air Campaign in Syria
Russia may benefit significantly from the success of its air operation in Syria; the value of contracts for the purchase of advanced Russian arms that it has received in the wake of the campaign are due to be ten times that of the operation itself, the Russian newspaper Kommersant reported.

In the next few years, Russia may clinch such contracts, worth about seven billion dollars, as compared with the 33 billion rubles that were spend on the country's air campaign in Syria, the newspaper said.

According to the Kommersant, the Russian Federal Service for Military-Technical Cooperation has already received plenty of proposals pertaining to purchasing advanced Russian military hardware, mainly aircraft.

Algeria, for example, plans to buy 12 Russian Su-32 frontline bombers and new-generation 35S multi-role fighter jets; the contract cost for the Su-35S fighters is expected to total about 1.5 billion dollars.

Additionally, Algeria signed an agreement to buy 40 Russian Mi-28NE combat helicopters, with the deal estimated by experts to be worth around 700 million dollars, according to Kommersant. Egypt, for its part, is set to buy 46 advanced Russian Ka-52 multi-role attack helicopters already next year.

As for the Su-35S, plans to purchase such warplanes are currently being considered by Indonesia, Vietnam and Pakistan; Russia's deals with Hanoi and Islamabad are expected to be worth more than one billion dollars.

A video of the Russian T-90 battle tank surviving a hit by a US-made TOW missile may add significantly to an increase in demand for the tank from foreign customers, including those from Iran, Iraq and the former Soviet republics, Kommersant said.

© Sputnik / Maxim Blinov
Science Fiction? Reality! This is Russia's Major Achievement in Syria
Last but not least is the customers' interest in the sophisticated Russian S-400 air defense system, the newspaper added, referring to Russia's possible agreements with Saudi Arabia and India, which would be worth about four billion dollars.

Between September 30, 2015 and March 14, 2016, the Russian air campaign in Syria added considerably to disrupting the supply of arms and ammunition to the terrorists, cutting off the main channels of illegal oil supplies and pushing back terrorists in several Syrian provinces.

Kerry's Moscow Visit: A Testament to Russia's Success in Syria and Beyond

Russia Should Continue Anti-Terror Fight After Pullout From Syria - Senator