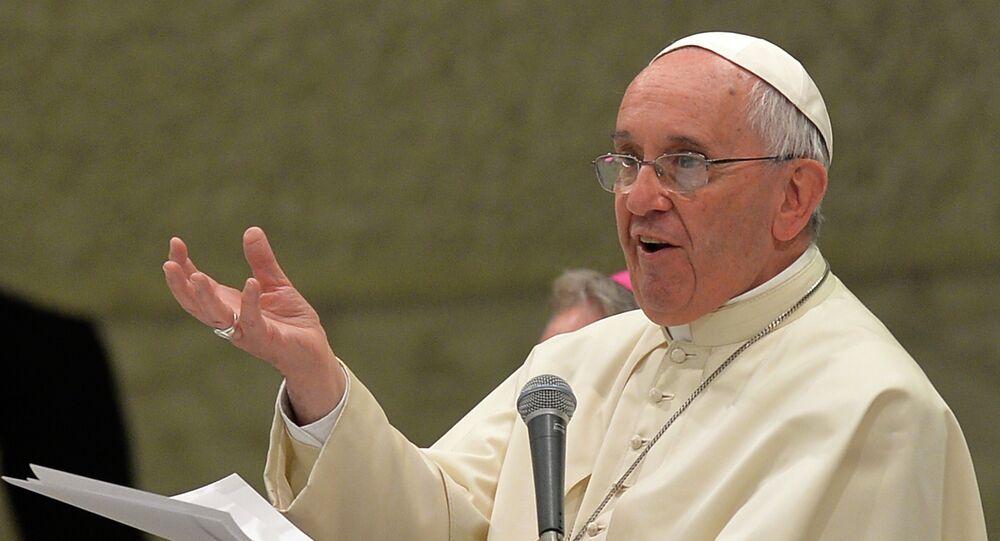 Pope Francis denounced those who remain indifferent to the plight of migrants.

© REUTERS / Tony Gentile
Be Sociable! Pope Francis Creates His Own Instagram Account
ROME (Sputnik) – Pope Francis presided over the traditional Good Friday Via Crucis (Way of the Cross) procession at the Colosseum in Rome, denouncing those who remain indifferent to the plight of migrants and calling attention to the problem of sexual abuse and slavery.

The pope also denounced pedophilia and the exploitation of women on Friday, pointing to "unfaithful ministers" who strip the innocent of their dignity.

Good Friday is a Christian holiday that commemorates the crucifixion of Jesus Christ and is part of the Holy Week that culminates in Easter Sunday.

On Holy Thursday, Pope Francis washed and kissed the feet of Muslim, Christian and Hindu refugees in a gesture of brotherhood.

Francis also condemned the Tuesday terrorist attacks in Brussels that took the lives of over 30 people, injuring hundreds of others.