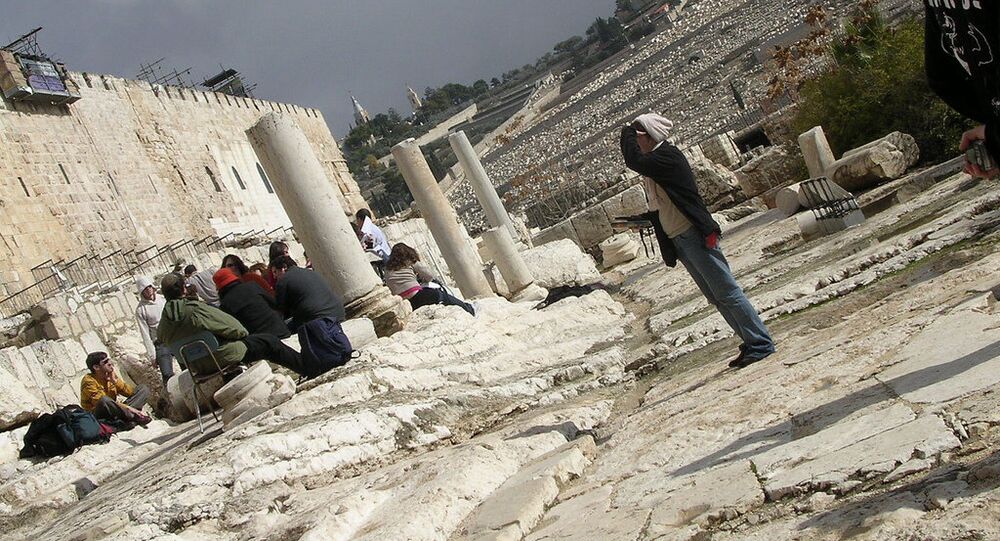 MOSCOW (Sputnik) — Israeli Tourism Minister Yariv Levin has headed to Moscow with the aim of promoting the restoration of tourist numbers from Russia, the ministry's press service said in a statement.

© AFP 2021 / MENAHEM KAHANA
Russia Plays Important Role in Middle East
At the end of 2015, tourist numbers from Russia in Israel dropped by about 25 percent, in January by 42 percent, compared to the same month of the previous year, according to the Israel Central Bureau of Statistics.

"We believe that tourism from Russia will flourish once again, and we will reap the benefits of our loyalty to the Russian tourism industry," the statement quoted Levin as saying.

The main purpose of Levin's visit to the Russian capital is to participate in the 23rd Moscow International Travel and Tourism Exhibition due to take place on March 23-26. According to the minister, he decided to take part in the exhibition to use the opportunity to increase the number of Russian tourists visiting Israel.

Israel expects to boost the flow of tourists from Russia by positioning itself as an alternative to resorts in Egypt and Turkey, which have been restricted to the Russian public since November 2015.