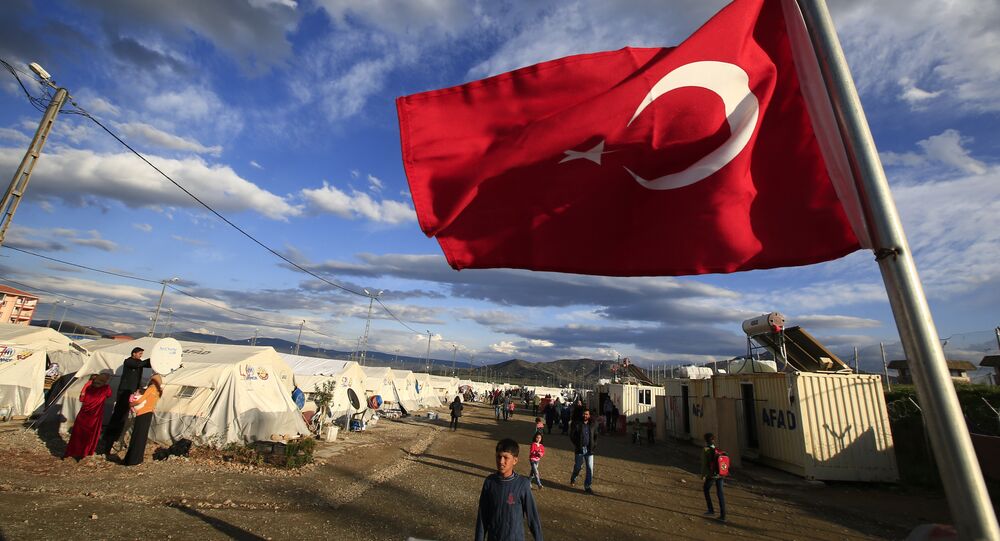 Turkish migration service checked and prepared documents on 25,000 people, official refugees from Syria, who will be exchanged for undocumented migrants from the European Union in the first instance, according to a high-ranking official from the Turkish Foreign Ministry.

ANKARA (Sputnik) — Turkey is ready to send 25,000 refugees from Syria to the European Union in exchange for undocumented migrants who have already arrived in EU states, a high-ranking official from the Turkish Foreign Ministry said Monday.

© REUTERS / Stoyan Nenov
Over 50,000 Refugees Stuck in Greece Amid West Balkan Route Closure
On Friday, Brussels and Ankara struck a deal under which all migrants who arrive illegally via the Turkish border to the European Union, starting from March 20, are to be automatically returned to Turkey. In exchange, the 28-nation bloc will resettle thousands of Syrian refugees directly from Turkey. Under the deal, there is a target figure of 72,000 Syrian refugees to be exchanged on a "one-in, one-out" basis.

"By now the Turkish migration service has already checked and prepared documents on 25,000 people — official refugees from Syria. They will be exchanged for undocumented migrants in the first instance," the official, speaking on condition of anonymity, told reporters.

Europe has been beset by a massive refugee crisis, with hundreds of thousands of undocumented migrants fleeing their home countries in the Middle East and North Africa to escape violence and poverty. The majority of them arrive through the Turkish territory.