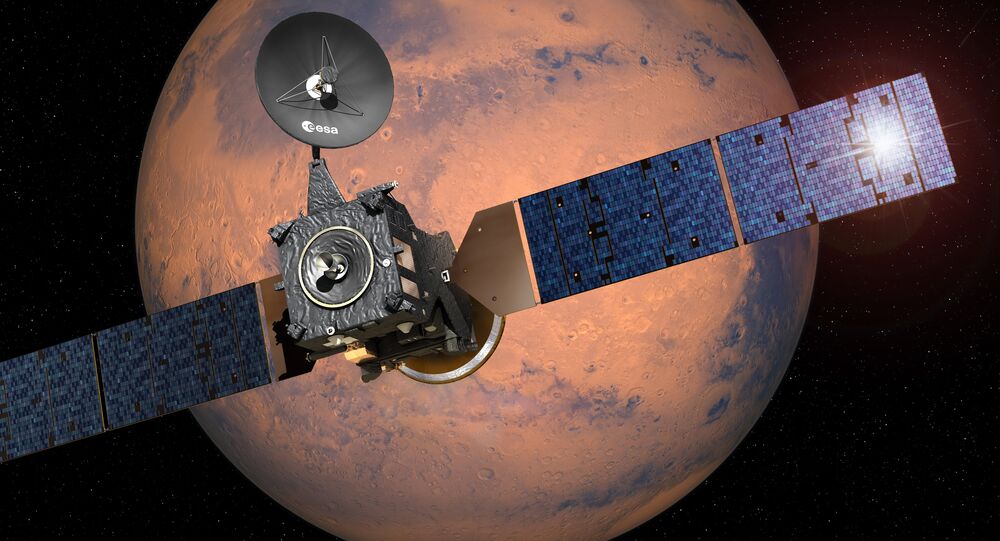 The launch of the first-ever joint ESA-Roscosmos mission to the Red Planed indicates that the current political rift between Moscow and Brussels has failed to affect bilateral space cooperation, according to Detlef Koschny, Mars expert at the European Space Agency.

© Sputnik / Roscosmos
Space Station Crew Members Return to Earth After One-Year Mission
In an interview with Sputnik, Detlef Koschny, Mars expert at the European Space Agency (ESA) described the launch of the first joint ESA-Roscosmos mission to the Red Planet as a sign of the full-fledged space partnership between Russia and the EU in the face of the two's political standoff.

The ESA is an intergovernmental organization dedicated to space exploration which is comprised of 22 member states in Europe, including 20 EU countries plus Norway and Switzerland.

"The good thing is that these [Russian Proton-M] rockets are extremely reliable, and we are always happy to work together with our Russian colleagues because we don't have such equipment in Europe," he said.

Touching on Mars-related research, Koschny said that scientists have already seen "a lot of evidence for even liquid water" on the Red Planet.

"Definitely, there is water on Mars, but the question is where is it and in what form is it," he pointed out.

The interview came after the ExoMars mission to search for the presence of life on Mars was launched from the Baikonur Cosmodrome in Kazakhstan on Monday.

The ExoMars spaceships — the orbital and the landing modules — will be put into orbit by Russia's Proton-M space rocket.

© Sputnik
First Man in Space: Russian Space Agency Declares 2016 ‘The Year of Yuri Gagarin'
According to Roscosmos, the main goal of the mission is to find traces of methane in the planet's atmosphere, which would confirm the presence of life on Mars now or in the past, as well as to verify key technology for the second part of the ExoMars mission, scheduled for 2018.

The European Space Agency and Roscosmos agreed to develop the ExoMars program in 2012 to investigate the atmosphere of Mars and explore possible traces of life on the Red Planet.

Monday's orbital probe launch is expected to be followed by a Mars rover probe in 2018.