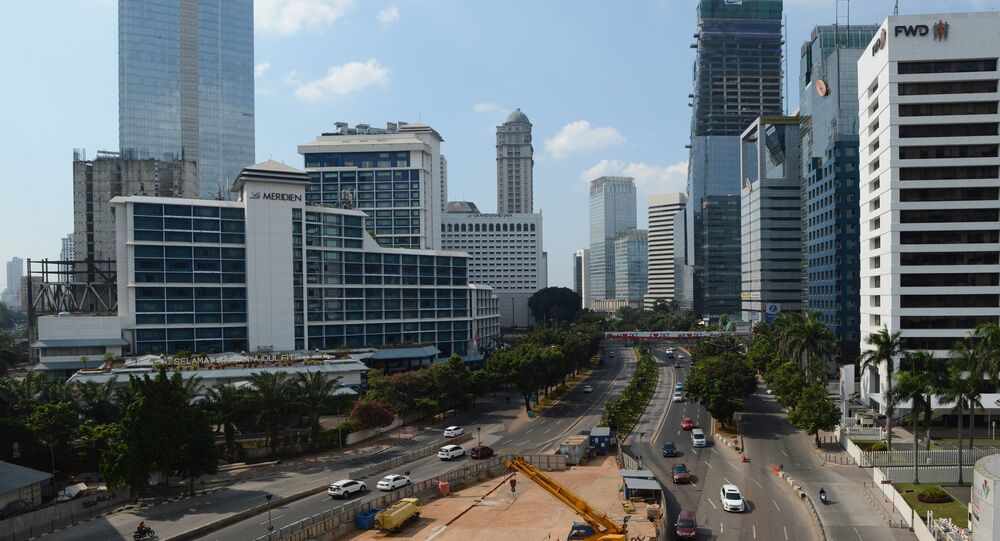 Islamic State (IS, also known as Daesh) directly funded the deadly January attack in Indonesia’s capital Jakarta and is sending finances to other terrorist cells in the country, The Straits Times reports.

MOSCOW (Sputnik) – Daesh, which has claimed responsibility for the January Jakarta attack, has sent finances to two other terrorist network cells in Indonesia that are currently plotting similar attacks in the country, he Singapore-based newspaper said citing Indonesian police on Saturday.

© Sputnik / Michael Alaeddin
Turkish Forces Attack Daesh Targets in Syria's Aleppo
On January 14, 2016, a series of explosions and gunfire occurred in central Jakarta, near a United Nations information center. Four civilians and four attackers were killed and over 20 people were injured in the attack.

Indonesia and Malaysia, the two most-populated Muslim-majority countries of the region, are the homelands of the largest percentage of Daesh fighters originating from Southeast Asia.

Daesh, a radical Sunni group, is banned in a range of countries, including Russia. It has claimed responsibility for an array of attacks carried out in various countries.

Why Europeans Believe Russia, US Are Main Forces Fighting Against Daesh