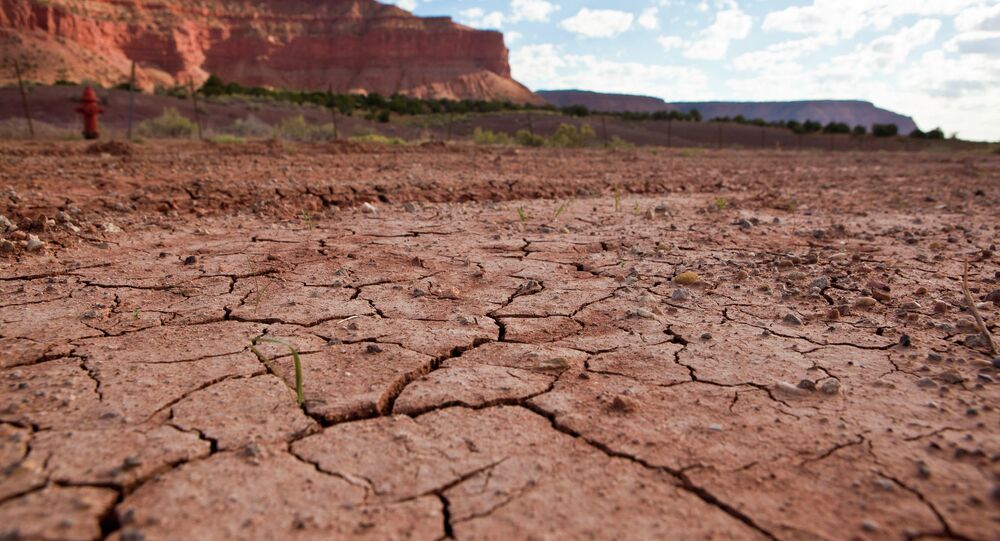 Egypt has contributed $1 million to the World Food Programme (WFP) to help Ethiopians affected by one of the worst droughts in decades, WFP stated in a press release Thursday.

MOSCOW (Sputnik) — The World Food Programme said that it will be able to buy over 1,700 metric tons of food to provide family rations to victims of the drought.

"This contribution comes at an absolutely critical time, when resources are urgently needed to continue the enormous effort by the Government of Ethiopia and WFP to provide food assistance to millions of drought-affected people," WFP Director in Ethiopia John Aylieff was quoted in the press release as saying.

Egypt's government said it was not able to stand aside and do nothing about the suffering of Ethiopians.

© AFP 2021 / STR
Egypt Air Force Destroys Sinai Extremist Camp, Kills 22 Fighters - Reports
"The Egyptian Government and people could not remain unmoved by the suffering El Niño has caused to millions in Ethiopia, and the message I have been entrusted to carry is one of solidarity and support," WFP quoted Dr. Azem Fahmy, secretary general of the Egyptian Agency of Partnership for Development as saying.

WFP added that over 10 million Ethiopians have been affected by the drought, linked to the El Nino weather phenomenon. The El Nino Southern Oscillation (ENSO) is a cycle of warm and cold temperatures in tropical central and eastern Pacific Ocean. It has been blamed for extensive flooding, caused by storms and unusually warm spells. It has caused increased rainfall across east-central and eastern Pacific Ocean, including along the west coast of South America.

Cairo Admits Only Moscow Can Decide on Resuming Flights to Egypt