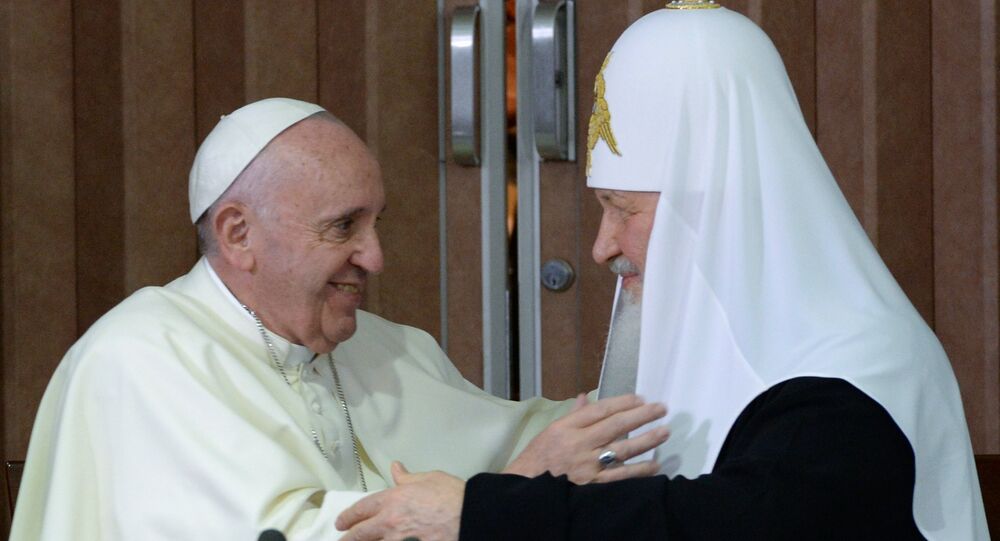 Relations between the Russian Orthodox and the Roman Catholic churches will positively develop further following the historic meeting of their two religious leaders, the Russian Patriarch’s press secretary said Wednesday.

MOSCOW (Sputnik) — On February 12, Patriarch Kirill of Moscow and All Russia met Pope Francis at an airport in Havana, Cuba, where they signed a joint declaration. It was the first time that Catholic and Russian Orthodox spiritual leaders held face-to-face talks since Christianity split into western and eastern branches in 1054.

"Relations will undoubtedly develop — we really hope it will happen — only in a positive way. And regarding all the provisions of the declaration, and in general the bilateral dialogue between the Russian Orthodox and the Roman Catholic churches, will now enter a new stage," Alexander Volkov said at a press conference in Rossiya Segodnya International Information Agency.

According to Volkov, the signing of the joint declaration was an unprecedented event.

"We are not familiar with such deep and diverse documents in the modern history of Christianity… All points of this document have paramount value," Volkov said.

During the meeting, the Pope and the Patriarch called on the international community to prevent Christians from being persecuted in and expelled from the Middle East. They also addressed the issues of euthanasia, same-sex marriage and abortion.