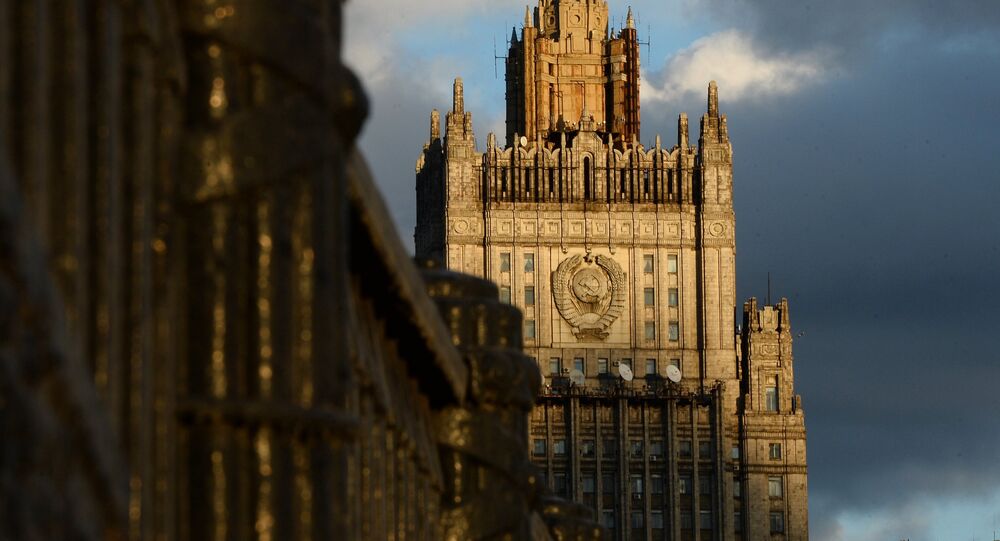 According to Russian Foreign Ministry, an expert-level meeting on cessation of hostilities in Syria in the framework of the International Syria Support Group (ISSG) has been postponed until further notice.

© Sputnik / Anton Denisov
Syria Support Group to Hold Expert-Level Meeting in Geneva on Saturday
MOSCOW (Sputnik) – An expert-level meeting on cessation of hostilities in Syria in the framework of the International Syria Support Group (ISSG) has been postponed until further notice, the Russian Foreign Ministry said Saturday.

"A meeting of the ISSG Task Force on cessation of hostilities, previously scheduled for today, has been postponed," ministry's spokeswoman Maria Zakharova told RIA Novosti.

"We will announce the new date later," Zakharova said, adding that the ISSG members continued consultations on the issue.

Syria has been mired in civil war since 2011, with the country’s government fighting multiple opposition factions and extremist groups, including Daesh, which is outlawed in many countries, including Russia.

The ISSG was formed in November 2015 shortly after the beginning of the Syria peace talks in Vienna as an international format to resolve the internal crisis in the country.

Earlier this month, the ISSG adopted a communique that called for humanitarian access to be provided swiftly to all besieged areas in Syria and set a one-week deadline for measures to be implemented to end the hostilities in the country.

UNSC to Meet on Syria Friday Afternoon at Russia's Request