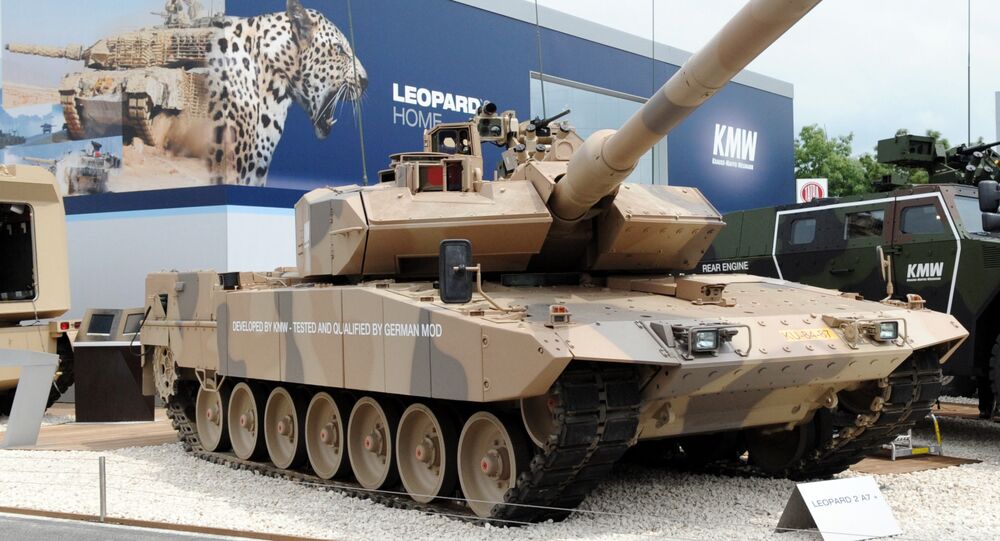 Germany's efforts to create a competitor to the Russian next-generation Armata tank have not yet proven to be successful, according to Dave Majumdar, defense editor of the US magazine The National Interest.

© AP Photo / Alexander Zemlianichenko
Russia's Armata Proves That US Army is not as 'Powerful as Many Believe'
Russia's state-of-the-art Armata tank has prompted Germany to start developing its own tank of the future. However, its efforts have yet to yield any results, Dave Majumdar, defense editor of the US magazine The National Interest, said.

Creating a next-generation main battle tank that has sometimes been called the Leopard 3 will be a difficult task that will certainly take plenty of time, according to Majumdar.

He said that in the short- to medium-term, Germany will have to upgrade the already-existing Leopard 2A7 (+) so as to counter Russia's next-generation T-14 Armata main battle tank.

"In the longer term, Germany recognizes that it will have to replace the Leopard 2 with a new design for the 2030s and beyond," Majumdar said.

He added that Berlin has already started developing the next-generation Main Ground Combat System (MGCS) in cooperation with France, and that "the concept development phase should be completed by 2017."

According to Majumdar, the MGCS's main focus on increased firepower is directly being driven by Russia's Armata program, a fact that Majumdar said can easily be explained.

Majumdar concluded by expressing doubt about Berlin's drive to successfully complete the program to create a next-generation battle tank.

"While Germany has traditionally been a leader in armored warfare, Berlin has neglected the Bundeswehr in recent years. Only time will tell if Germany is successful in its plans," Majumdar pointed out.

Russia's T-14 Armata Main Battle Tank is touted as probably the world's deadliest armored fighting vehicle. The key feature of the tank is its unmanned remotely-controlled turret, crew members are seated in an armored capsule at the front of the tank's hull.

© AFP 2021 / YURI KADOBNOV
Tank Killer: New Armata Gets Really Big Gun
Earlier, it was reported that the Armata tank might also come with a 152 mm gun which  would replace its current 125 mm smoothbore cannon. It means that the tank will have the most powerful cannon ever mounted on a main battle tank.

The T-14 will also carry a 30-mm sub-caliber gun to shoot down low-flying aerial targets, including planes and helicopters. To defend against incoming anti-tank missiles, the T-14 will have a 12.5 mm turret-mounted heavy machine gun.