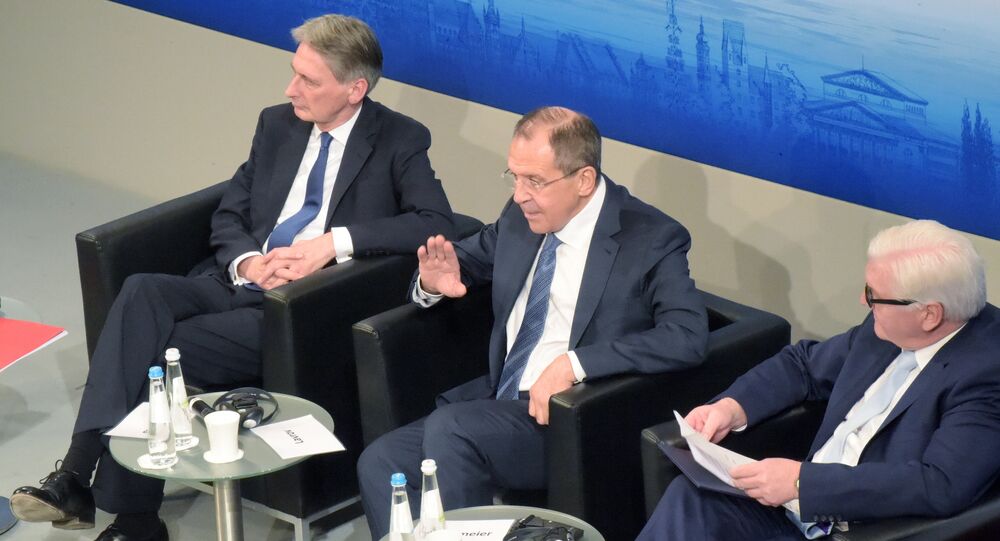 © Sputnik / Dmitriy Vinogradov
Taking the Initiative: Only Russia Has a Realistic Peace Plan for Syria
Russia's Foreign Minister Sergei Lavrov has warned against demonizing Syrian President Bashar Assad, according to media reports. He made the remarks during his speech at the 2016 Munich Security Conference.

Touching on the Syrian crisis, Lavrov added that daily coordination between Russia and the US-led coalition is a key to the settlement of the Syrian crisis and to addressing humanitarian issues.

At the same time, the Russian Foreign Minister warned that putting forward preconditions for engaging in intra-Syrian settlement talks is a "road to nowhere" and a blunt provocation.

Kalibr Missiles Are to Arrive to Syria's Shores - Source