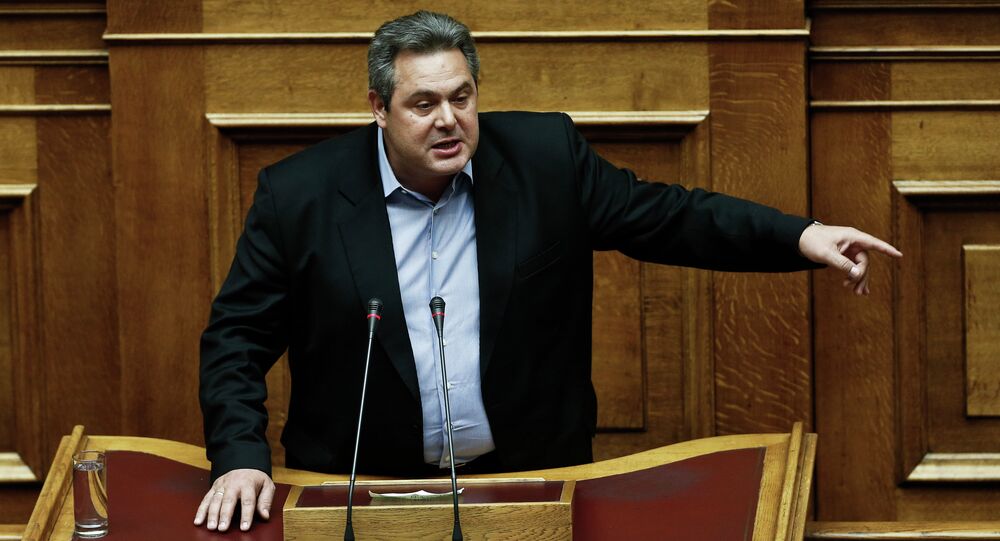 NATO to Return Migrants to Turkey to Tackle Refugee Crisis

Greek Defense Minister Panos Kammenos said that the future deployment of NATO forces in the region of the Aegean Sea was expected to focus on tackling human trafficking.

Earlier in the day, NATO Secretary General Jens Stoltenberg said that the alliance would assist European nations to cope with the refugee and migrant crisis.

"First of all, the achieved decision stipulates that NATO forces, which will be involved in [operations] in the Aegean Sea and near the Turkish coastline, will ensure that the detained migrants will be returned back to Turkey," Kammenos said.

© AFP 2021 / ADEM ALTAN
NATO to Intensify Reconnaissance on Turkish-Syrian Border
He added that the future deployment of NATO forces in the region was expected to focus on tackling human trafficking.

Currently, many European countries are struggling to find a solution to the massive migrant crisis, as hundreds of thousands of individuals flee the Middle East and North Africa. Many refugees are trying to make their way to prosperous EU states using Greece as a transit country.

Greece, US to Discuss Construction of NATO Air Base in Aegean Sea – Athens