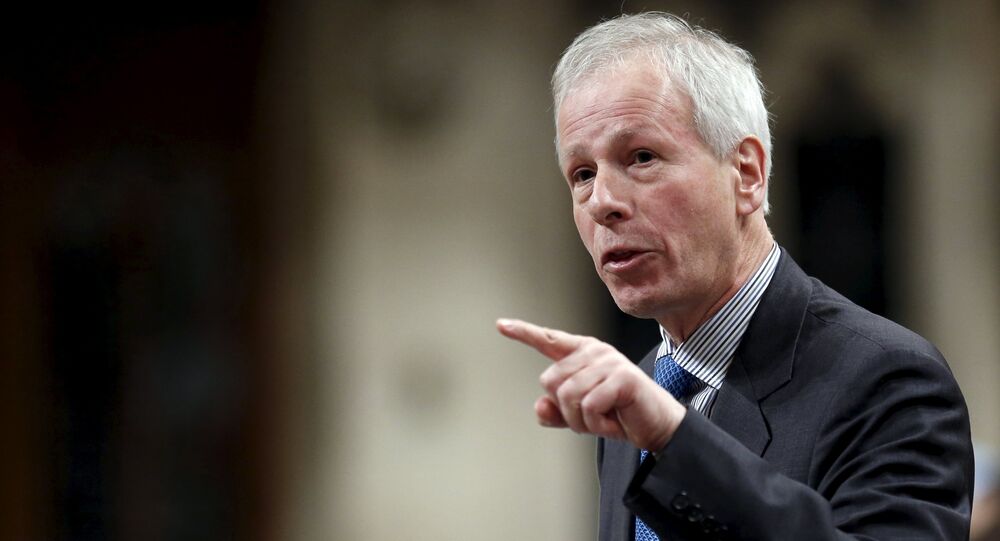 Canada to Invest $1.1Bln to Respond to Crisis in Iraq, Syria

"Over the next three years, we [Canada] are committed to investing approximately 1.6 billion [Canadian] dollars to respond to the crisis in Iraq and Syria and to address the impact on Jordan, Lebanon and the wider region," Dion stated on Monday.

Dion explained that the plan will comprise of urgent humanitarian aid, long-term development and support for local governance designed to achieve stability in the region.

© Flickr / Patrick Cardinal
Canada’s CF-18 Jets to Cease Anti-Daesh Operations ‘Within 2 Weeks’
On Monday, Canada’s Defense Minister Harjit Sajjan said Ottawa would finish conducting airstrikes against the Islamic State, which is also known as Daesh, within the next two weeks.

Canada is a member of the coalition that has been launching airstrikes against Daesh in Syria and Iraq since 2014.