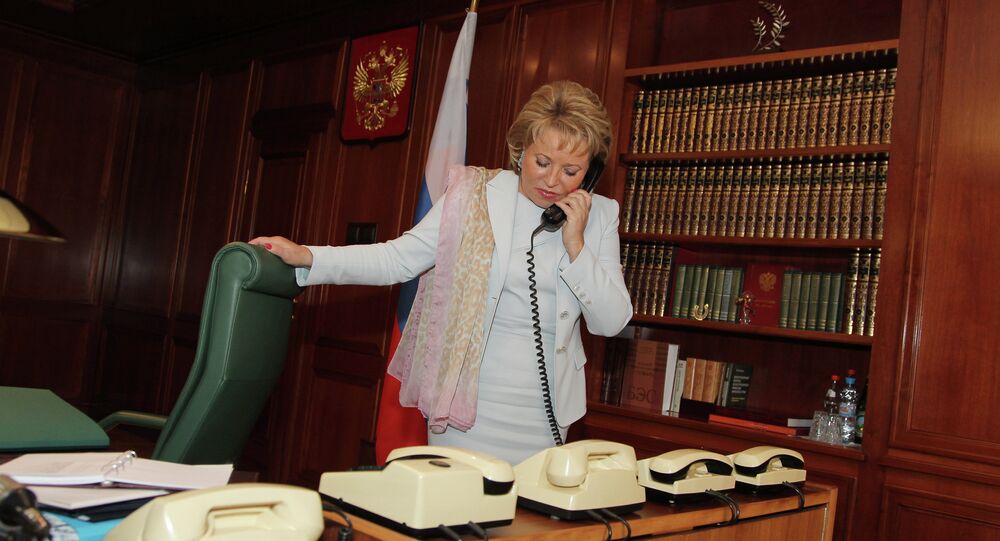 The negotiations Russian lawmakers have had with their counterparts from Palestine and Israel confirm that these countries are interested in cooperation with Moscow, a senior Russian lawmaker said on Thursday.

© AFP 2021 / ABBAS MOMANI
Russia to Provide Up to $5.3Mln in Humanitarian Aid to Palestine - Decree
MOSCOW (Sputnik) – Earlier this week, senior Russian lawmakers, headed by speaker of the Russian parliament's upper house Valentina Matvienko, held parliamentary-level talks with their Israeli and Palestinian counterparts. Konstantin Kosachev, the chairman of the Foreign Affairs Committee of the upper house of the Russian parliament, had a final meeting on the results of the talks earlier in the day.

"The talks show that Russia is perceived as a state that can really influence the course of events in the Middle East. All sides are confident that a parliamentary democracy is something that can play a significant role to this end. [The efforts of] the parliamentarians can become a unifying starting point for building a serious and meaningful conversation on the regional problems," Kosachev said following the meeting.

The lawmaker pointed out that during the parliamentary talks, the issue of the fight against terrorism was repeatedly raised.

"No channels sponsoring terrorism — direct or indirect — are acceptable. The joint efforts of all states are necessary in the fight against terrorism," Kosachev said, adding that the idea was supported by Israeli and Palestinian lawmakers.

He also noted the desire of the Palestinians and the Israelis to boost bilateral relations with Russia "out of the context" of the Middle East peace regional processes.

Kosachev said that the issues discussed and put on the agenda during the meetings would be discussed in more detail later, with the participation of corresponding government agencies.

'Into the Heart of West Asia': Indian FM Sets Off for Palestine, Israel