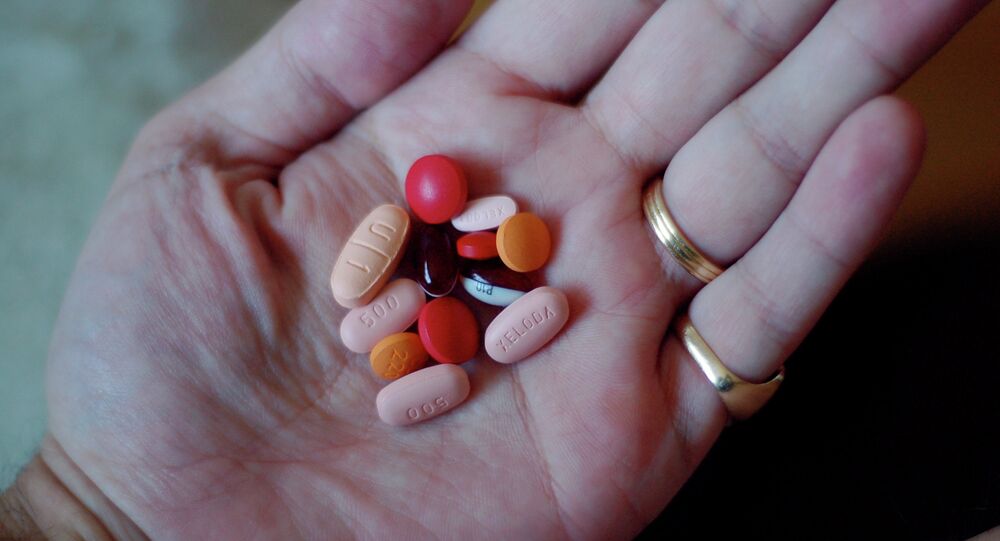 World Cancer Day is marked on February 4 every year.

MOSCOW (Sputnik) — It was instituted by the International Union Against Cancer (UICC) to draw international attention to this ubiquitous issue.

Every year, World Cancer Day puts a different focus on the topic. In 2015, it was observed under the slogan, “Not beyond us.”

Its official 2016 slogan is, “We can. I can,” which was chosen to urge people to think about what she or he can do for the campaign to fight cancer.

© AP Photo / Stephan Savoia
Bolivia to Make Cancer-Fighting Isotopes at Russian-Built Nuclear Center
Cancer is a general term for over 100 diseases that may affect any part of the body. Sometimes these diseases are called malignant tumors or neoplasms. Cancer is characterized by the rapid formation of abnormal cells that grow outside their normal borders, can penetrate nearby parts of the body and spread to other organs. This process is called metastase formation. Metastases are the main cause of death from cancer.

Cancer develops from a single cell. The transformation of a normal cell into a cancerous one is a multi-stage process in which a pre-cancer condition turns into a malignant tumor.

These changes occur as a result of a combination of genetic factors and three types of external factors, including: physical carcinogens (ultra-violet and ionizing radiation); chemical carcinogens (asbestos, tobacco smoke components and aflatoxins that poison food products, and arsenic); and biological carcinogens caused by some viruses, bacteria or parasites.

Some types of cancer depend on a person's sex. Men are more likely to contract lung and stomach cancers. In some countries prostate cancer is the most widespread form of the disease. Women primarily suffer from breast cancer.

Children most frequently develop cancers of the blood and lymphatic system or solid tumors, primarily sarcomas.

Statistics show that a poor diet is one of the main factors that increase the risk of cancer – 35 percent. Smoking is the second major reason – 32 percent. Excessive exposure to the sun is not recommended. Products with colorants should be avoided. Regular medical exams are vital.

The death rate from cancer can be reduced if it is diagnosed and treated early. There are two methods – a regular exam and screening (systematic diagnoses of a tumor at an early stage).

© AFP 2021 / Anna Monaco
Burning of Mafia Toxic Waste Responsible for High Cancer Rates - Report
Oncologists believe practically all tumors can be treated at an early stage. In 99 percent of all cases they can be surgically removed. Ovarian, breast, and prostate cancers as well as head and neck tumors and lymphomas may be treated even at an advanced stage.

Anyone over 50 years old is advised to visit an oncologist at least once a year. Women should visit a gynecologist, proctologist and mammologist, and men should have an X-ray taken of their lungs and check on their stomach, colon and prostate. Such exams will help improve the chances of early diagnosis.

According to oncologists, if cancer is treated early, 95 percent of all patients will live for another 10 years or more.