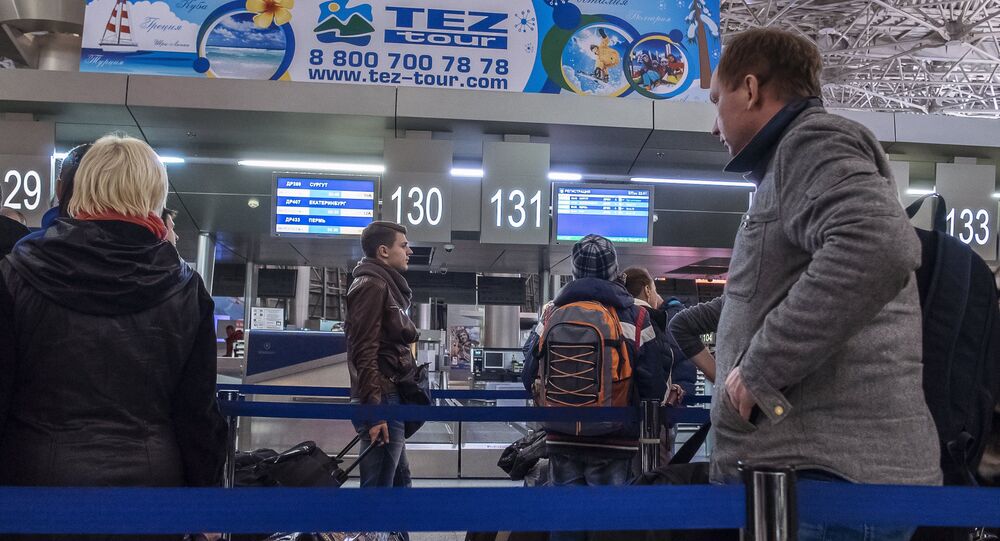 Speaker of the lower house of Russian parliament Sergey Naryshkin said that Russian and Egyptian could resolve issue of the resumption of Russian tourist flow to Egyptian resorts soon.

CAIRO (Sputnik) — Speaker of the lower house of Russian parliament Sergey Naryshkin expressed hope on Tuesday that the issue of resumption of passenger air travel between Russia and Egypt could be resolved in the near future.

© AFP 2021 / MOHAMED EL-SHAHED
Russia to Determine Additional Steps to Resume Air Travel With Egypt
A delegation of Russian lawmakers, headed by Naryshkin, arrived earlier on Tuesday to Cairo for a tow-day visit to discuss a wide range of issues with Egyptian lawmakers, including tourism.

"We have discussed in detail the resumption of Russian tourist flow to Egyptian resorts, and we are certain that we can resolve these issues soon," Naryshkin told reporters in Cairo.

Moscow imposed a ban on Russian flights to and from Egypt a week after a Russia-operated Airbus A321 crashed on October 31 after a bomb exploded on board while the plane was en route from the Egyptian resort of Sharm el-Sheikh to St. Petersburg.

Moscow Not Discussing Resumption of Flights to Egypt