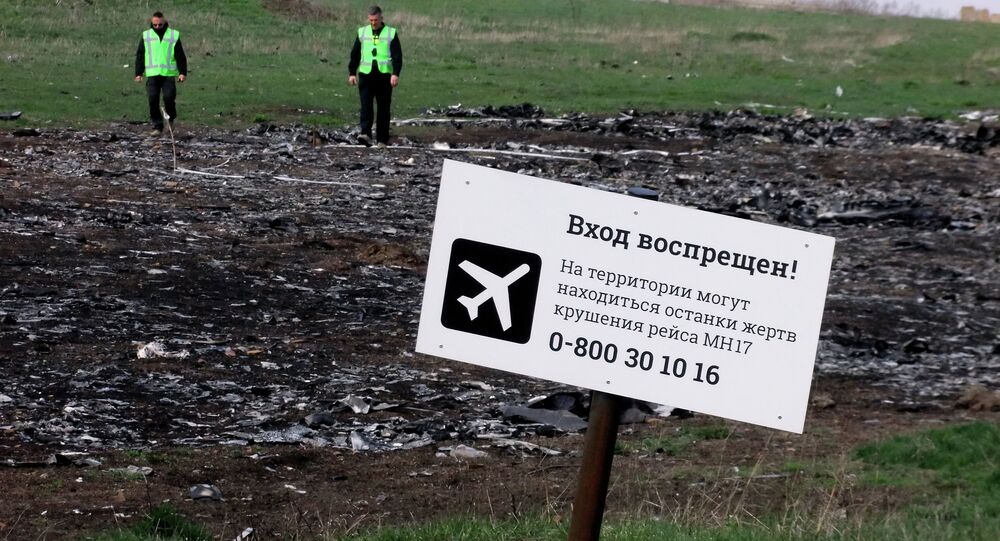 Relatives of those killed in the crash of Malaysia Airlines flight MH17 in eastern Ukraine urged Dutch Prime Minister Mark Rutte to launch a global campaign to obtain radar images which may help identify who fired a missile at the plane.

© REUTERS / Michael Kooren
Malaysian Experts Investigating MH17 Crash to Stay in Ukraine Until August 2016
The Boeing 777, en route from Amsterdam to Kuala Lumpur, crashed on July 17, 2014 in the Donetsk Region, in eastern Ukraine. All 298 people on board were killed. Kiev blamed Donbass militia forces for the disaster, but they rejected the claims, saying they did not have weapons capable of hitting a target at such an altitude.

On October 13, 2015, the Dutch safety board (DSB) presented its report on the causes of the crash. According to the investigation, the aircraft was hit by a Buk missile. Meanwhile the report did not read who controlled the area where the missile was fired from. Dutch experts said the crash was caused by a 9N314M warhead carried on a missile of the 9M38 series, particularly the 9M38M1 version.

A separate criminal investigation is also underway in the Netherlands to find those responsible for downing the plane.

The Dutch relatives have written a letter to Rutte demanding to make primary radar data by either the Russian or Ukrainian authorities available.

"We can't accept that people have refused to provide crucial information," the letter said as quoted by AFP.

They are urging Rutte to pressure either the UN or the International Civil Aviation Organization (ICAO) to demand that the data is provided.

© REUTERS / Maxim Zmeyev
MH17 Crash: DSB's Report Does Not Meet International Standard of Evidence
The Dutch investigators confirmed that while they were given some radar data by both Moscow and Kiev they have not received primary radar data.
According to the ICAO, primary radar can detect aircraft or unknown flying objects even if they are not equipped with a transponder. This means primary radar could have traced the trajectory of the missile which hit MH17. Under the ICAO regulations primary radar data should be kept for 30 days or longer if it is necessary for an inquiry, for example.

Earlier on the same day when the DSB issued its report, Russian air defense systems producer Almaz-Antey presented the results of its own probe into the crash. It found that the missile that downed the aircraft could only have been a model of the 9M38 series that was removed from service in Russia in 2011. According to the report, the missile was launched from the region of Zaroshchenske which was under control of Kiev forces at the time of the tragedy.