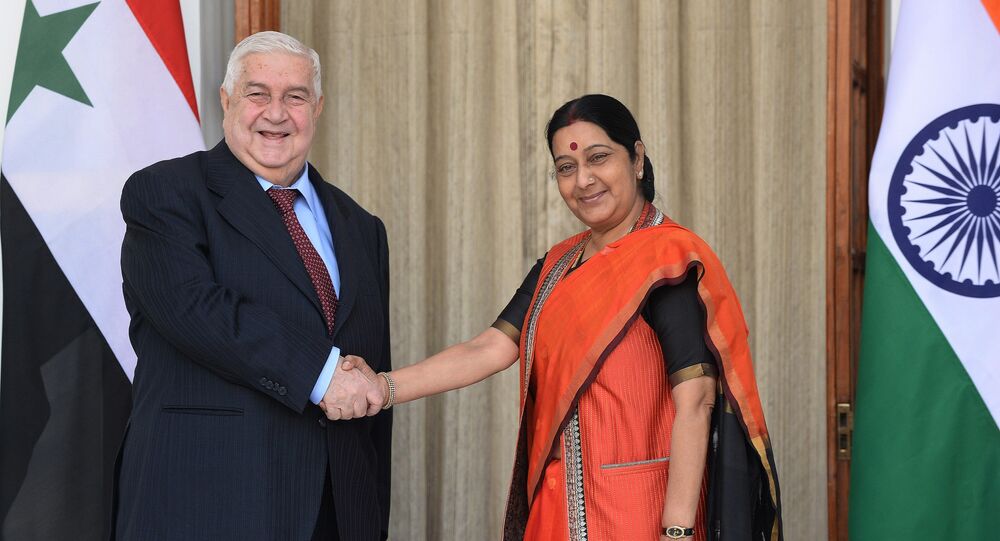 According to an Indian ministerial source, Indian Foreign Minister and her Syrian counterpart discussed the Russian military campaign against the Daesh.

Muallem, who also serves as deputy prime minister of Syria, arrived in the Indian capital of New Delhi on Monday for a three-day visit.

"Syrian Dy PM and Foreign Minister discussed about Russian action against Daesh in Syria with Foreign Minister Sushma Swaraj. She was happy to know that they are achieving results," the source said.

Syria has been locked in an armed conflict since 2011. The government of President Bashar Assad is fighting against several international Islamist groups, as well as a number of opposition forces.

Since September 30, Moscow has been conducting pinpoint airstrikes in Syria on the positions of Daesh, a terrorist group outlawed in Russia and many other countries, at Assad's request.

US, Russia Should Share Intelligence on Daesh in Syria – US Congressman

US Should Get Along With Russia, Other Countries to Knock Out Daesh - Trump