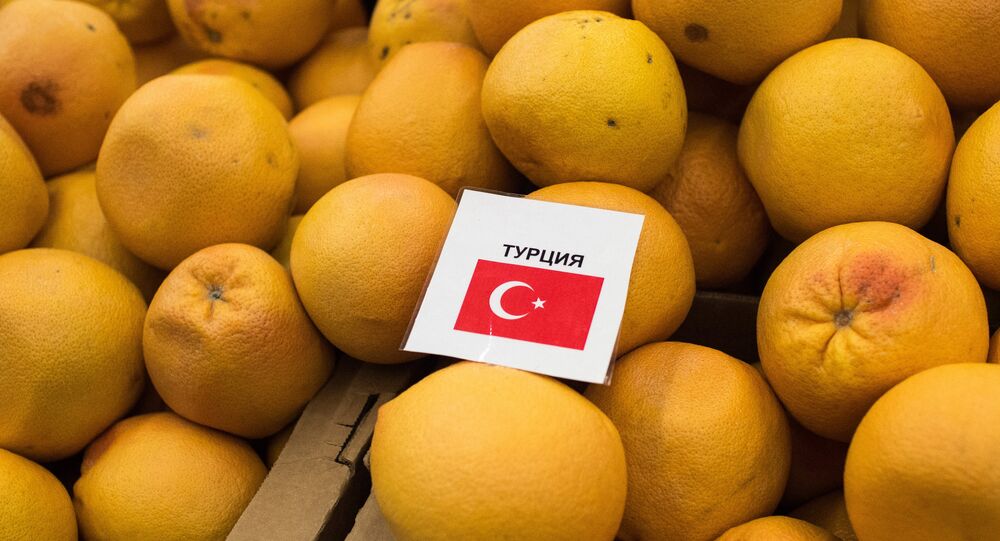 The Russian agricultural watchdog Rosselkhoznadzor said Tuesday it had received a letter from Iran vowing that it would take all measures possible to prevent the banned Turkish food products disguised as those from Iran from entering the Russian market.

© Sputnik / Alexey Malgavko
Russia Consumer Rights Watchdog Says it Enforces Anti-Turkey Restrictions
MOSCOW (Sputnik) – Rosselkhoznadzor has requested that Iran provide information on the phytosanitary certificates it has received, as well as on the authorization of certificates which Russia is conducting from January 2016 onward, after Moscow introduced special economic measures against Turkey.

"The Iranian side assured Rosselkhoznadzor that it shares such concerns, and will take all possible steps to prevent the import of banned Turkish products to the Russian market," the watchdog said in a statement.

The Iranian national quarantine service will send Rosselkhoznadzor information it has requested in the next 24 hours.

The downing of Russia’s Su-24 frontline bomber over Syria by a Turkish jet on November 24 damaged relations between Moscow and Ankara. In the wake of the incident, Russian President Vladimir Putin signed a decree on the economic measures against Ankara.

The decree includes a ban on employment of Turkish citizens by Russian employers, a food import ban on certain categories of products, as well as a ban on charter flights in both directions. The bans came into force on January 1.

NATO Ex-Secretary General Explains Why Turkey Must Reconcile With Russia