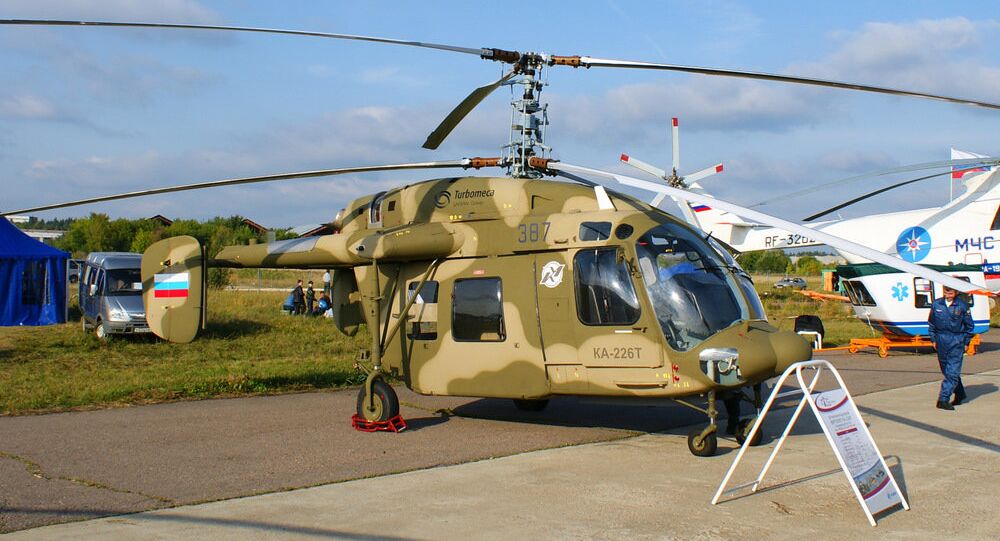 MOSCOW (Sputnik) — On Monday, Russian state technologies corporation Rostec, which Russian Helicopters is part of, said that Russia and India had signed an agreement to assemble no less than 200 Ka-226T helicopters. According to the corporation, the agreement also provides for the technical support, maintenance, operation and repair of the helicopters.

"The first 60 Ka-226Ts will be produced in Russia by Russian Helicopters’ Kumertau Aviation Production Enterprise. The remaining 140 units will be assembled in India," the holding’s press service said in the statement.

© Sputnik / Vitaly Ankov
Russian Warships Practice Combat in Indian Ocean
The Indian Ministry of Defense is expected to be the first customer for the newly produced Ka-226Ts, according to the statement.

"In the future, the program can be extended. There is a possibility of joint access to markets of third countries," the statement added.