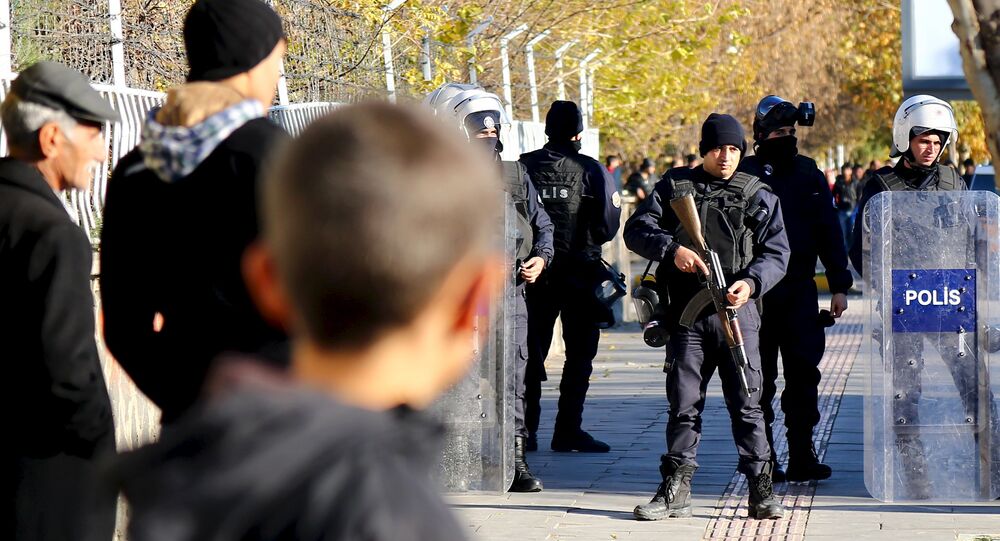 The military counter-terrorist operations were conducted in Sirnak Province, targeting the towns of Silopi and Cizre, according to security sources quoted by the channel A Haber.

© AFP 2021 / ILYAS AKENGIN
Dutch Journalist Says She Was Detained in Turkey Over Reporting on PKK
A curfew has been imposed by the Turkish authorities in a number of southeastern settlements, including the Sur district of Diyarbakir, and the city of Nusaybin. Armed clashes are ongoing in these areas, Turkish media reported, with local residences said to be fleeing the cities.

Hostilities continued throughout Turkey's October election, with the Turkish government refusing to support PKK's unilateral ceasefire offer in early October. The PKK ended its month-long ceasefire on Thursday, a day after Turkish President Recep Tayyip Erdogan announced his intention to "liquidating" the organization in the wake of his party's election victory.

Approximately 180 Turkish police and soldiers were killed by Kurdish militia amid the escalating violence over the last four months. Turkey's air force has been conducting air strikes on PKK positions across southeastern Turkey, as well as northern Iraq, since July 24.