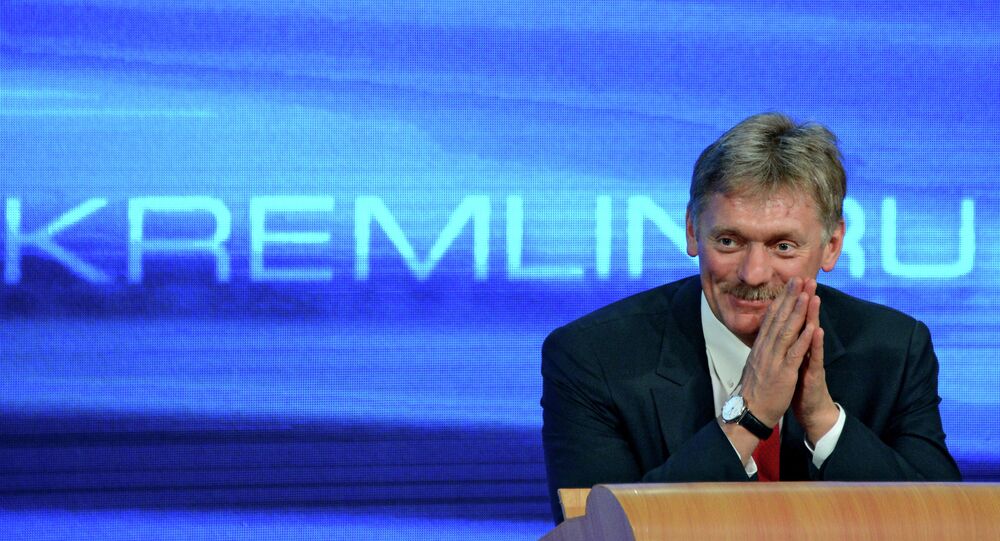 Kremlin spokesman Dmitry Peskov said that Russia has no other proposals, except those already outlined, for the restructuring of Kiev's $3-billion debt.

© AFP 2020 / MANDEL NGAN
Russia, Ukraine Must Hold Direct Talks on Debt Restructuring - IMF
MOSCOW (Sputnik) – Russia has no other proposals, except those already outlined, for the restructuring of Kiev's $3-billion debt, if the Ukrainian government fails to pay it will be considered to have defaulted on its loan, Kremlin spokesman Dmitry Peskov said Tuesday.

"Russia has offered a plan for restructuring. [Russian President] Vladimir Putin came to Antalya with this initiative. Unfortunately, our counterparts didn't agree with the initiative. Russia has no other proposals," Peskov told reporters.

Moscow made an offer to restructure Kiev's $3-billion debt based on US, EU or other major global financial institution guarantees, despite the fact that Ukraine has failed to address the Russian authorities directly on the matter.

Ukraine’s debt totals $70 billion, some $40 billion of which the country owes to international money lenders.

In November, Russian President Vladimir Putin said Moscow was ready to allow Ukraine to miss the end of year deadline, provided it paid back $1 billion annually between 2016 and 2018.

Moscow to Sue Kiev if It Fails to Fulfill Debt Obligations Before Dec. 20