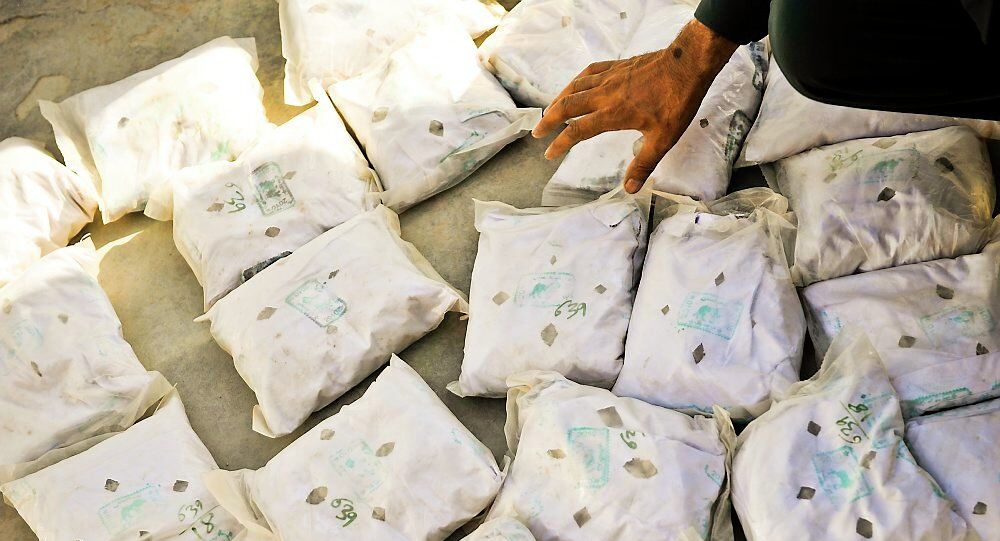 At least 16 kilograms of heroin have reportedly been confiscated by Serbian police during an inspection at the Serbian-Bulgarian border.

© AP Photo / Hadi Mizban
Iraq's Prime Minister Confirms What Russia’s Said All Along: Daesh Smuggles Majority of Oil Through Turkey
Serbian police captured at least 16 kilograms of heroin in a truck at the Serbian-Bulgarian border, one of the country's largest-ever heroin busts, according to the country's Interior Minister Nebojsa Stefanovic.

He said that two Serbian citizens were arrested during an operation that was staged near the Serbian town of Dimitrovgrad.

"Police arrested two Serbian citizens from the city of Novi Pazar. They are suspected of being part of a criminal group involved in trafficking drugs from Turkey through Bulgaria to Serbia," Stefanovic said.

He added that the case will be handed to prosecutors dealing with organized crime and that the heroin that was seized is exceptionally pure in quality.

#Daesh, aka #ISIS, has nothing to do with Islam and everything to do w/organized crime — funded by paid ransoms & drug trafficking #OpParis

Stefanovic recalled that Serbian police have more than once detained major consignments of opiates in Serbia over the past eighteen months.

According to the US State Department's International Narcotics Strategy Report for 2015, Turkey is a major trade center for heroin, cannabis, methamphetamine and cocaine. Currently, Serbia remains one of the key transit countries for drugs being smuggled from the Middle East to Western Europe.

According to Azikiwe, these attacks have significantly reduced the revenues of the jihadist group.

Earlier, the Russian Federal Drug Control Service said that Daesh receives about one billion dollars from the transit of drugs through its territory.

US Has 'Nothing to Say' About Daesh Oil Incomes – Russian Lawmaker