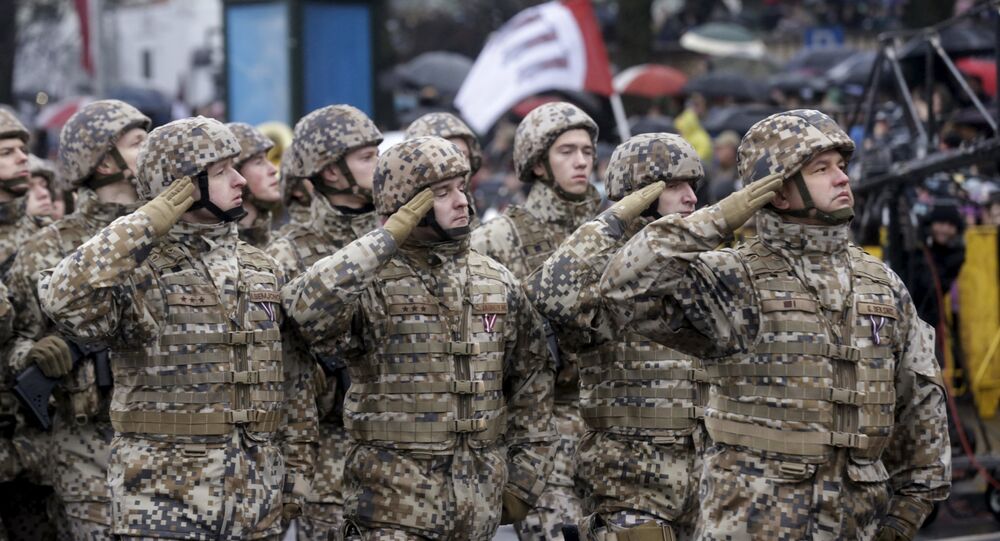 Latvia Drafts Resolution on Deployment of Servicemen to Iraq, Mali

Latvia may dispatch a small number of troops to Iraq and Mali to help in the training of local security forces, according to local media.

RIGA (Sputnik) — The Latvian Defense Ministry has prepared a draft resolution on deploying Latvian service personnel to join the US-led military intervention against Islamic State (ISIL, or its Arabic name Daesh), a group outlawed in Russia and many other countries, local media said Wednesday.

Latvia may dispatch a small number of troops to Iraq to help in the training of local security forces, Latvia's Delfi internet portal said.

© Sputnik / Aleksei Kudenko
Latvia Negotiating With US on Deployment of Heavy Military Equipment
A few officers may be sent to Mali, where they will join the Dutch mission in the country. The Latvian servicemen will not be taking part in combat operations. The resolution has yet to be ratified by Latvia's parliament.

The United States began its anti-IS Operation Inherent Resolve (OIR) in June 2014 in Iraq, extending it to Syria in September of that year. In Mali, the UN is stepping up its peacekeeping effort in the aftermath of the November 22 terrorist attack at the Radisson Blu hotel in Mali's capital of Bamako, in which 125 guests and 12 employees were taken hostage. Al-Qaeda in the Maghreb claimed responsibility for the attack.

Latvia Negotiating With US on Deployment of Heavy Military Equipment