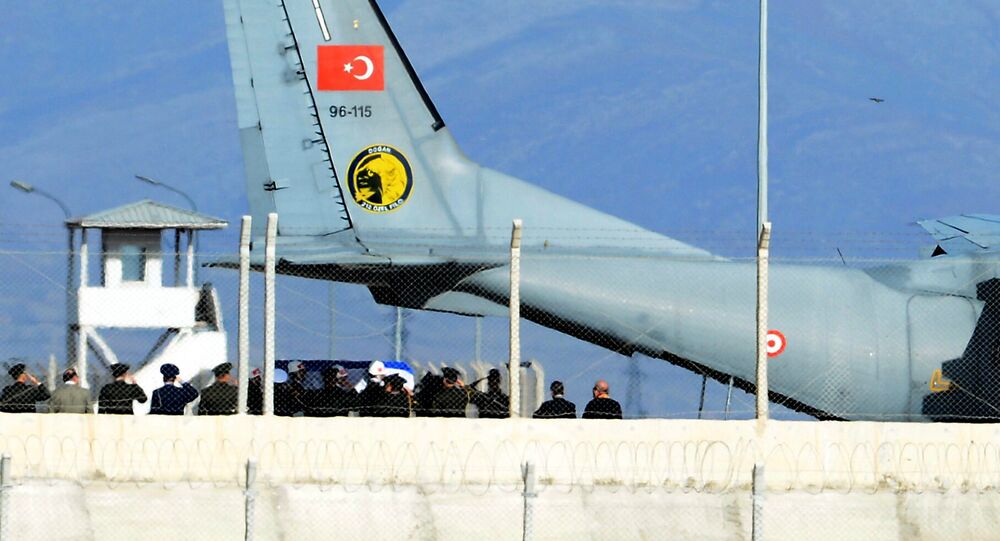 A plane carrying the body of Lt. Col. Oleg Peshkov, the pilot of the Russian Su-24 bomber downed by Turkey over Syrian territory, has left the Turkish capital of Ankara for Moscow, the Turkish Ulke Haber news portal reported Monday.

© AFP 2020 / THIERRY CHARLIER
Turkish PM 'Understands' Russia's Reaction Over Su-24 Pilot Death
ANKARA (Sputnik) – On Sunday, Turkish Prime Minister Ahmet Davutoglu said that Turkish authorities had received the pilot’s body from Syria, where the Russian airbase is located, and would hand it over to the Russian side.

Since September 30, Moscow has been conducting airstrikes on terrorist positions in Syria at President Bashar Assad's request.

On November 24, the Russian Su-24 bomber, with its two pilots, crashed over Syrian territory, downed by an air-to-air missile fired from a Turkish F-16 fighter in response to an alleged violation of Turkish airspace.