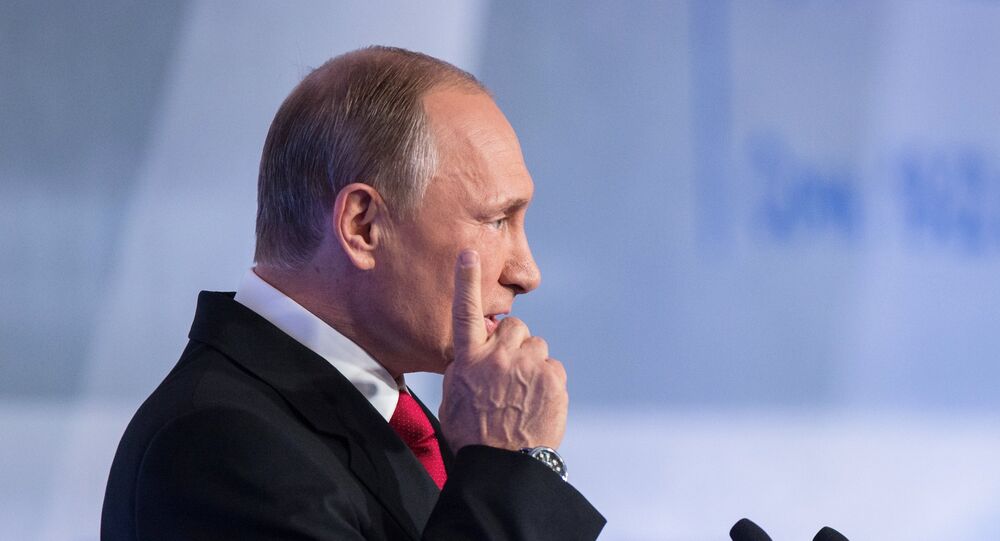 Russia and Israel will exchange information on their combat against terrorism.

"We will continue to maintain contacts with the Israeli leadership to establish a just, comprehensive and lasting peace in the Middle East, to share information on the anti-terrorism track," Putin said during a ceremony to receive credentials from the 15 new ambassadors, including from Israel, to Russia.

The Russian leader added that Moscow was satisfied with the state of constructive partnership with Israel.

"Relations between our countries are at high level. In September, we held intense and very fruitful talks together with Prime Minister Benjamin Netanyahu. We agreed to deepen our cooperation in the spheres of industry, high-tech and agriculture," Putin said.

In September, Russia announced it would cooperate with Israel to resolve the four-year Syrian civil war as well as coordinate their military actions in Syria to eliminate the Islamic State jihadist group.