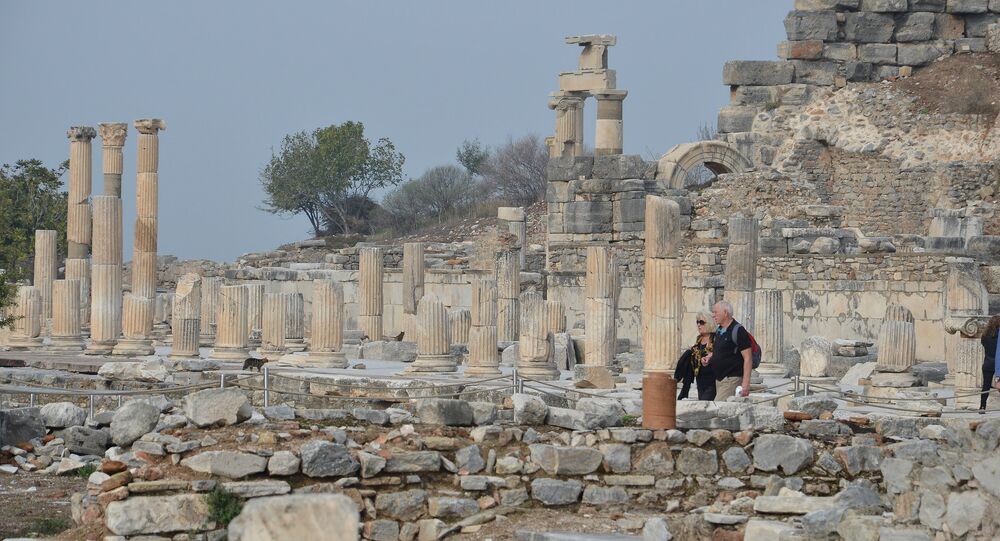 Russian Deputy Prime Minister Olga Golodets said that the Russian cabinet is not discussing the plan to return Russian tourists from Turkey.

MOSCOW (Sputnik) – The Russian cabinet is not deliberating plans to return Russian tourists from Turkey following the downing of a Russian jet by a Turkish fighter over Syria, Russian Deputy Prime Minister Olga Golodets said Wednesday.

"No, we are not discussing this issue," Golodets told reporters in response to a question whether Moscow had repatriation plans similar to those carried out in Egypt earlier this month.

© AP Photo /
Shoot Down of Russian Plane Could 'Finish' Turkey's Erdogan Politically
Russia announced the repatriation of all its tourists from Egypt after a terrorist act brought down a Russian passenger plane over the Sinai Peninsula. Officials say a bomb on board the Kogalymavia flight 9268 killed all 224 passengers and crew in the deadliest disaster in Russian civil aviation history.

The Russian Association of Tour Operators said earlier in the day it had no plans to repatriate tourists from Turkey, but suspended the sales of package tours to the popular tourist destination. High-level Russian officials, from President Vladimir Putin to Foreign Minister Sergei Lavrov, have discouraged Russian citizens from traveling to Turkey citing terrorist threats.

On Tuesday, a Russian Su-24 jet crashed in Syria. Putin said that the plane was downed by an air-to-air missile launched by a Turkish F-16 jet over Syrian territory, falling 2.5 miles from the Turkish border. The president described the Turkish attack as a "stab in the back" carried out by "accomplices of terrorists."