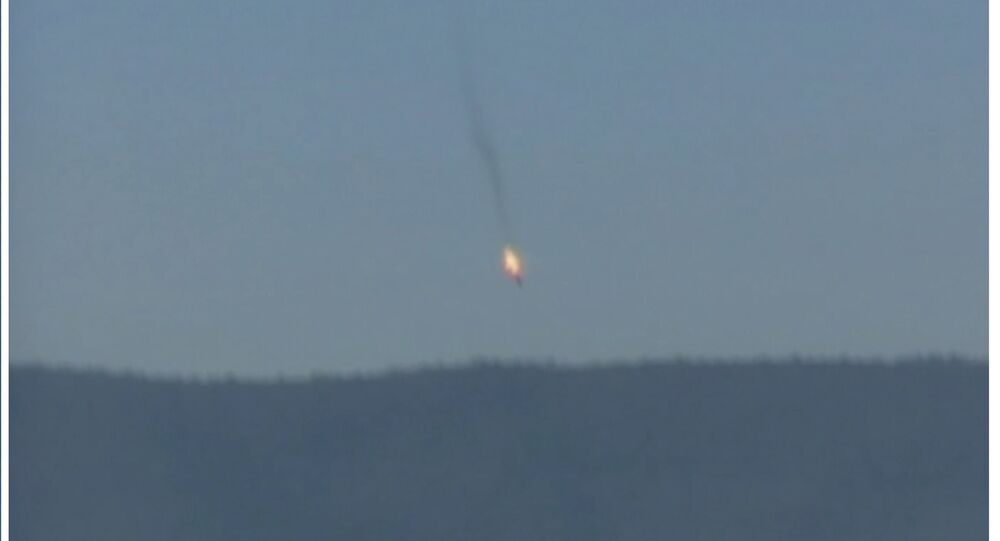 The downing by Turkey of the Russian bomber Su-24 may prove a turning point for relations between Moscow and Ankara, according to the Turkish political scientist Aydin Sezer.

© Flickr / Gerard Queen
Cyprus Expresses Condolences to Russia Over Downing of Su-24 Bomber
Russian-Turkish relations may be on the edge of a turning point due to the downing by Turkey of a Russian Su-24 bomber, RIA Novosti quoted the Turkish political scientist Aydin Sezer as saying on Wednesday.

He specifically drew attention to the fact that the incident took place on the eve of Russian Foreign Minister Sergei Lavrov's visit to Turkey, which has already been cancelled.

Sezer described the incident as a "big surprise for Turkish society," saying that "people are disturbed by the news about the downing of the Russian warplane."

"Although everyone wants the incident to fail to damage our deep relationship, it may become a turning point for these ties, which will in turn ride roughshod over the economic interests of both countries," Sezer pointed out.

According to Sezer, Turkish President Recep Tayyip Erdogan "is under the pressure of NATO and the United States", which are not interested in the development of Russo-Turkish relations.

At the same time, Sezer expressed hope that the two countries will be able to defuse the ongoing tensions.

© Sputnik / Aleksey Nikolskyi
Su-24 Downing Proves Turkey Aids Extremists - Syrian Foreign Minister
On November 24, the Russian Su-24 attack aircraft was fired upon in Syria, 2.5 miles away from the Turkish border, after it was hit with an air-to-air missile launched from a Turkish F-16 jet.

Russian President Vladimir Putin reacted to the Turkish downing of the Russian warplane by describing it as a "stab in the back by accomplices of terrorists."