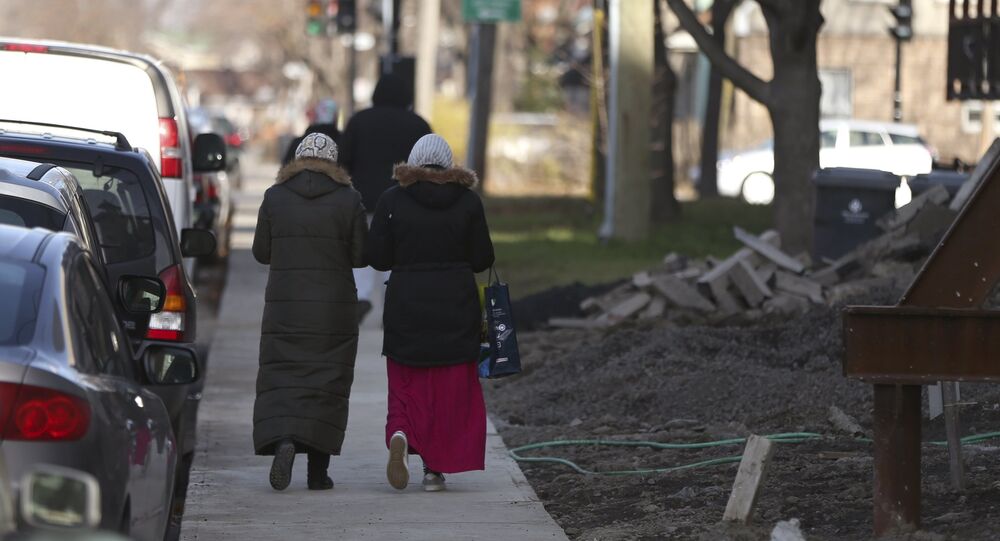 Only women, children and married men with families will be allowed as refugees into the country by the Canadian government amid security concerns, local media reported Monday.

© Flickr / vtgard
Go North: Americans Threaten to Move to Canada if US Takes in Syrian Refugees
MOSCOW (Sputnik) – Last week, Canadian Prime Minister Justin Trudeau reaffirmed his commitment to resettle 25,000 refugees, primarily Syrians, currently residing in camps in Jordan, Lebanon and Turkey by the year-end. But, in the wake of the November 13 terror attacks in Paris, several politicians in Canada have warned that the country is taking a risk by welcoming thousands of refugees without determining whether they have been radicalized.

On Tuesday, the government will announce a new refugee relocation plan, according to which the same number of migrants will be allowed to enter, and single men will be excluded, the CBC television channel reported.

According to the broadcaster, the measure is aimed at strengthening security and reducing the risk of extremists arriving in Canada.

In recent months, hundreds of thousands of refugees from the Middle East and North Africa have arrived in the European Union, risking an arduous journey to Europe across the Mediterranean Sea.

A number of countries from the Western Hemisphere, including Canada, have expressed their readiness to welcome refugees from Iraq and Syria.