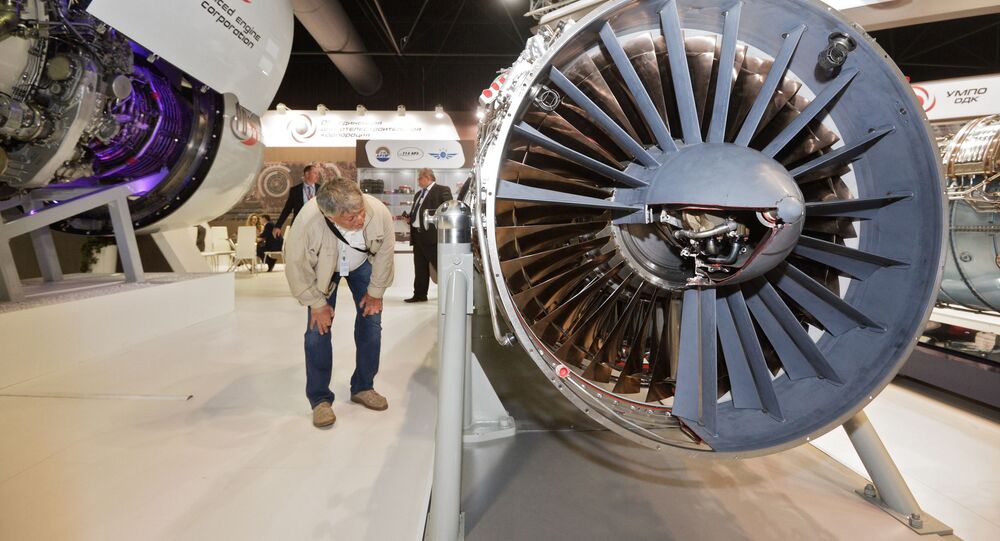 Moscow, Beijing to Enhance Cooperation in Field of Aircraft Engines

China's high ranking officials visited the Ufa Engine Industrial Association, where both sides expressed interest in further expansion of cooperation in the field of aircraft engines.

"Senior management of the United Engine Corporation discussed with the state and military leadership of the People's Republic of China further development of cooperation in the field of production, supply and maintenance of aviation equipment," the press service said in a statement.

© Sputnik / Yuri Streletc
Russian Rocket Engine Delivery to China May Be Agreed by December
"Gen. Xu Qiliang on behalf of Chinese leadership confirmed that China is interested in further strengthening of relations with the Russian engine manufacturing industry," the statement reads.