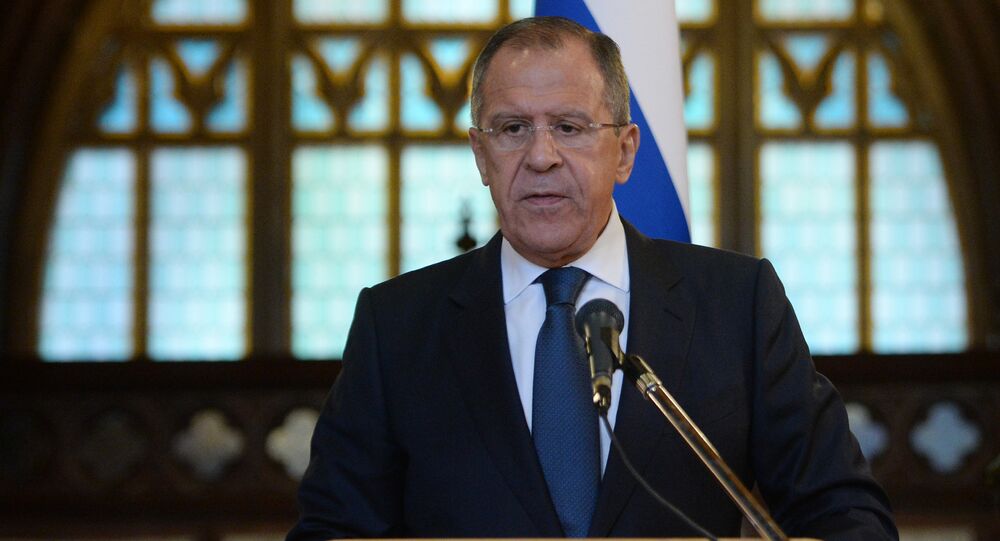 According to Russian Foreign Minister Sergei Lavrov, UNSC must create a legal foundation to form an international coalition to fight ISIL.

MOSCOW (Sputnik) – The UN Security Council must give preferential attention to creating a legal foundation to form an international coalition in the fight against the Islamic State terrorist organization, Russian Foreign Minister Sergei Lavrov said Wednesday.

“The Security Council needs to give preferential attention to the task of creating a solid legal foundation for the fight against this evil and for the mobilization of an actual global coalition in response to this common uncompromising challenge for us all,” Lavrov said during a joint press conference with Lebanese Foreign Minister Gebran Bassil in Moscow.

ISIL is a violent extremist group that has seized large areas in Iraq and Syria since 2014 and is notorious for many human rights atrocities. ISIL recruiters spread their propaganda by means of social networks to persuade mainly young people to join their ranks in Syria or Iraq or to carry out attacks at home.

The United States has been leading a coalition of some 60 countries launching airstrikes against ISIL positions in Syria and Iraq since 2014. The military campaign in Syria has not been approved by the UN Security Council or Damascus.

Russia has been conducting anti-terrorist airstrikes in Syria since September 30 at the request of President Bashar Assad.

US, French Carriers May Launch Joint Anti-ISIL Strikes From Mediterranean