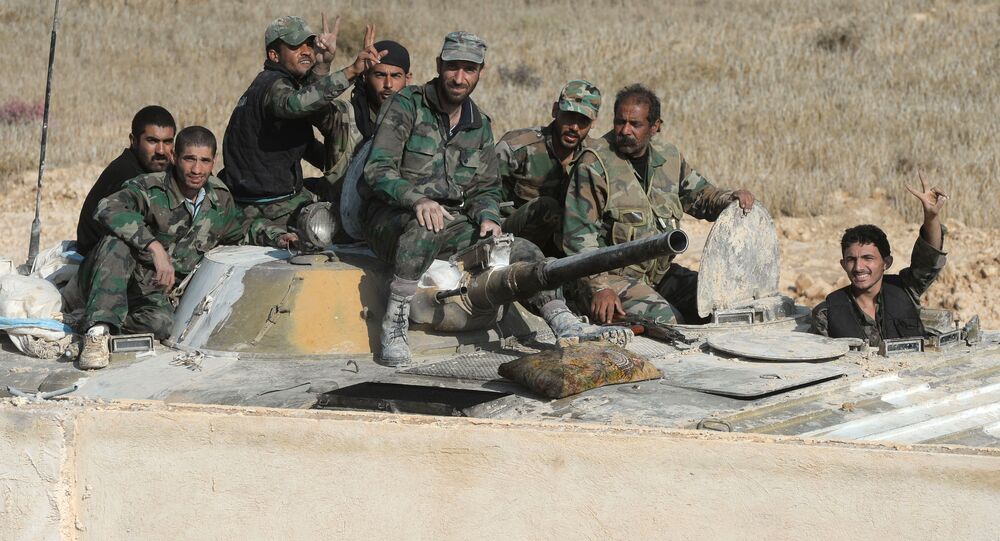 The Syrian army has hit terrorist positions in the as-Sufouh district which is very close to Palmyra, destroying several mortars and armed vehicles, an army spokesman said Monday. Syrian Deir ez-Zor airport defenders have also been fighting to force out terrorists from the airbase.

"Our army continues a massive offensive which is demoralizing the terrorists and causing clashes between different groups", the general stressed.

The general also added that the Syrian army continues its successful offensive on Aleppo with the help of militia forces:

Syria has been mired in a civil war since 2011, with government forces fighting on multiple fronts against opposition factions and extremist groups, including Islamic State.