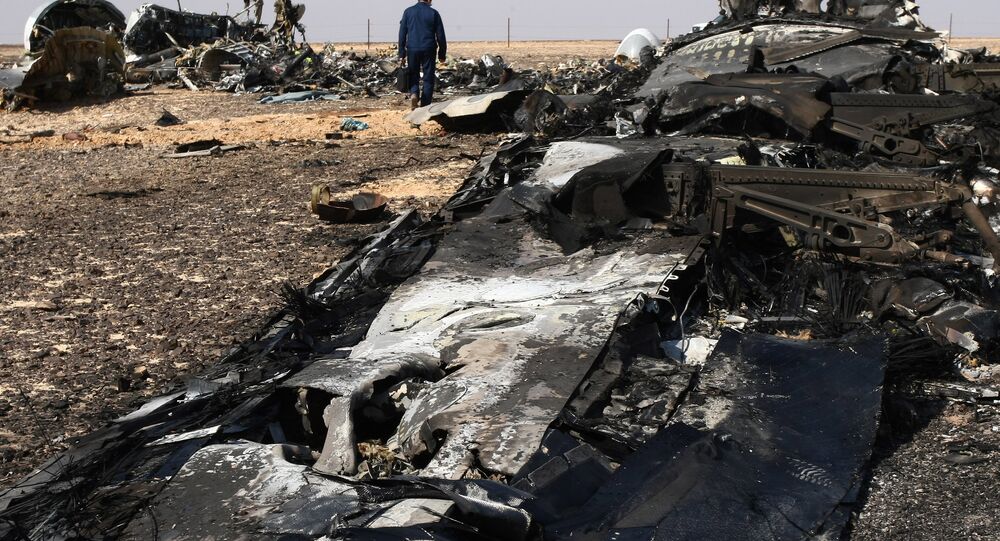 Kremlin spokesman Dmitry Peskov has confirmed that London has passed on to Moscow “certain information” regarding the A321 passenger jet that crashed over Egypt’s Sinai Peninsula on October 31.

MOSCOW (Sputnik) – Dmitry Peskov has confirmed that Moscow received 'certain information', without specifying what kind of the intel was that:

“It can be confirmed that certain intel was handed over by the British side. I can’t tell you what kind because I don’t have access to that type of information. Naturally we are counting on mutual cooperation with all of the countries that can help in the investigation of this horrible tragedy,” Peskov told journalists.

Earlier in the day, a spokesman from the British Foreign Office told Sputnik it had given Moscow its conclusion based on intelligence that the A321 passenger jet that crashed, killing all 224 on board, was most likely a terrorist act.

“As a matter of routine, we do not comment on intelligence matters. However, we have taken decisions based on the information available to us. As the [Prime Minister] and [Foreign Secretary] have said, there is a high probability the Russian airliner was brought down by an explosive device,” the Foreign Office spokesman said.

© Sputnik / Maxim Grigoryev
A321 Crash Investigators Call on Media to Stop Using Anonymous Sources
The investigation into the Russian A321 plane crash in Sinai has made no preliminary conclusions on the cause of the tragedy, Kremlin spokesman Dmitry Peskov said Monday.

“It is premature to say anything. As you know, no official statements, even on preliminary results, have been released by the investigators,” Peskov told reporters.

Responding to a question of whether the crash could have been caused by a terror attack, Peskov said that it was too early to say.

On October 31, an Airbus A321 came down in the Sinai Peninsula while en route from the Egyptian resort of Sharm el-Sheikh to St. Petersburg. All 224 people on board, including 25 children, were killed in what has become the deadliest civil aviation disaster in Russian and Soviet history.