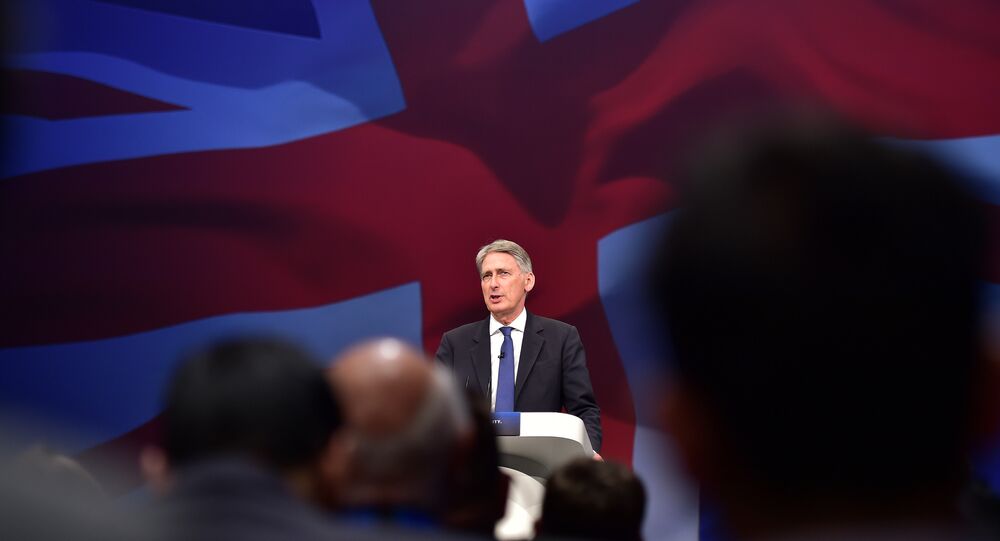 UK Foreign Secretary Philip Hammond said that consensus on an aerial campaign against the Islamic State (ISIL) militant group in Syria could be reached after enough Labour members of parliament back the campaign.

© REUTERS / Peter Nicholls
UK Steps Up Case for Bombing ISIL in Syria After Sharm El-Sheikh Crash
MOSCOW (Sputnik) — London is expected to launch an aerial campaign against the Islamic State (ISIL) militant group in Syria after the Parliament reaches a consensus on this issue, UK Foreign Secretary Philip Hammond said on Sunday.

On Tuesday, The Times newspaper reported that British Prime Minister David Cameron scrapped plans for UK airstrikes against the extremists in Syria after failing to get support for the campaign from the opposition Labour Party. A Downing Street representative denied the reports.

He added that this consensus could be reached after enough Labour members of parliament back the campaign.

© REUTERS / Khalil Ashawi
Now Britain Refuses to Share Syria ISIL Targets With Russia
The United Kingdom is part of an international coalition of more than 60 countries, including the United States and European nations, working together to dismantle and destroy ISIL in Syria and Iraq.

The United Kingdom has been carrying out airstrikes as part of a US-led coalition against ISIL in Iraq since August 2014, but did not extend the air campaign to Syria.

Earlier in the day, UK Chief of the Defense Staff General Sir Nicholas Houghton said that Britain is letting down its allies by not participating in the anti-ISIL airstrikes in Syria.

France, UK Agree to Coordinate Fight Against ISIL in Syria