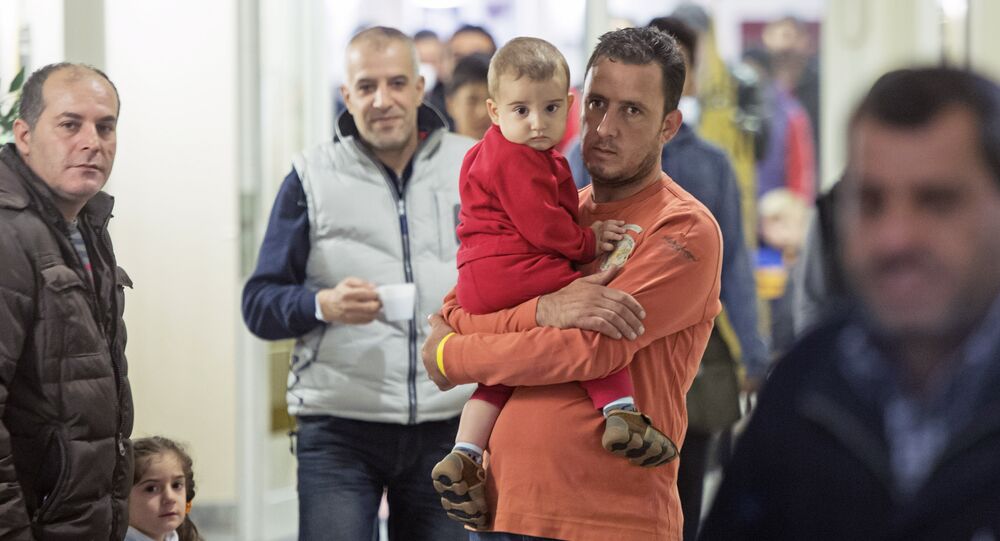 German Interior Minister Thomas de Maiziere has reportedly announced plans to give Syrian refugees a special status which would forbid them from bringing their relatives to Germany for two years.

© RIA Novosti . Mikhail Kutuzov
EU Falls Short on Cash for Refugees but Splashes Euros on Drones
Syrian refugees arriving in Germany may get a special restricted status that would not allow them to bring relatives to Germany for two years, the German newspaper Frankfurter Allgemeine Zeitung quoted German Interior Minister Thomas de Maiziere as saying on Friday. Later in the day, he went back on his words.

"There is no change in the approval practice for Syrian refugees," de Maiziere said.

He added, however, that the new status for Syrian refugees had been planned at the beginning of this week.

No change in Germany's policy towards Syrian refugees https://t.co/XZSZG8bhWC

On Thursday, Chancellor Angela Merkel and her governing coalition's partners agreed that those refugees who have "subsidiary protection" should not be able to bring relatives to Germany for two years. There was no specific mention of Syrians in this statement, though.

Thousands of Muslims line up at the rail station in KABUL…waiting to travel to Germany: War refugees, my eye…. https://t.co/jhrzvR0qH6

"Subsidiary protection" is something that falls short of full asylum status, but is granted to people who face serious risks in their homeland.

People with full asylum status get a three-year residence permit, while those with "subsidiary protection" get a one-year permit that should be repeatedly extended.

© Flickr / Amy Leonard
Despite Promises, Austria Puts Up Barbed Wire Fences to Keep Refugees Out
De Maiziere also said that the Thursday move clearly indicates that "there is need for discussion in the coalition, and so things will now stay as they are until there is a new decision."

His comments came as the German government faces ever-increasing pressure to contain the influx of refugees into the country.

The Frontex agency said in turn that about 710,000 migrants have entered the EU in the past nine months.

According to the European Commission, the current migration crisis in the world is the biggest since the Second World War.