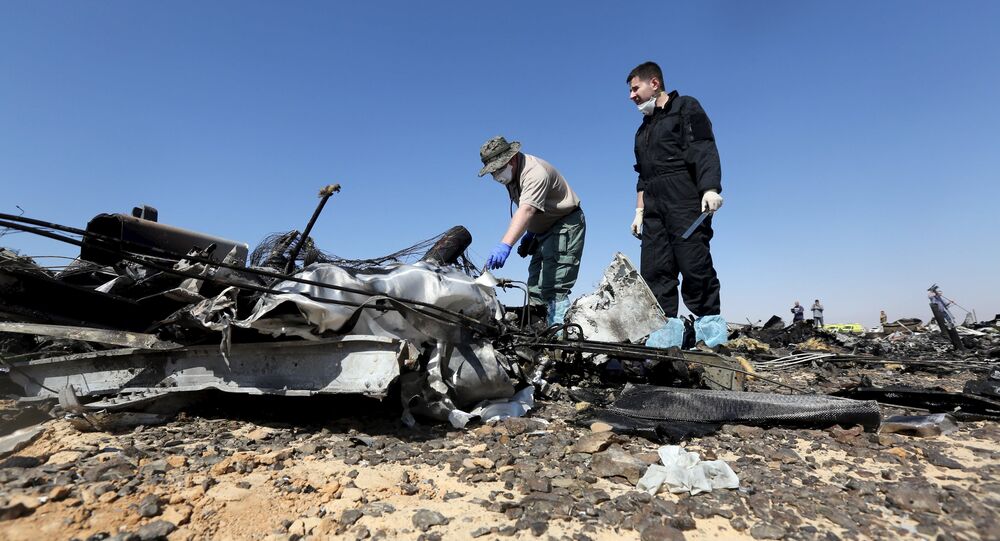 A-321 Engine Manufacturer Working With Authorities to Assess Situation

International Aero Engines representative Sara Banda said that a manufacturer of the crashed Russian A-321 aircraft engines are working with authorities to assess the situation.

"The Metrojet A321 aircraft involved in an accident in Egypt on Oct. 31 was powered by V2500 engines. We are working with authorities to assess the situation. We extend our sympathies to the families of the passengers and crew on the flight," Banda said.

© REUTERS / Mohamed Abd El Ghany
Decompression, Structural Faults May Explain A321 Plane Crash
The Kogalymavia aircraft crashed in the northern Sinai Peninsula early Saturday shortly after takeoff from the Sharm El-Sheikh resort to St. Petersburg, killing all 224 people on board.

A Kogalymavia official Alexander Smirnov has earlier said that engine failure would not lead to the crash of the airplane.