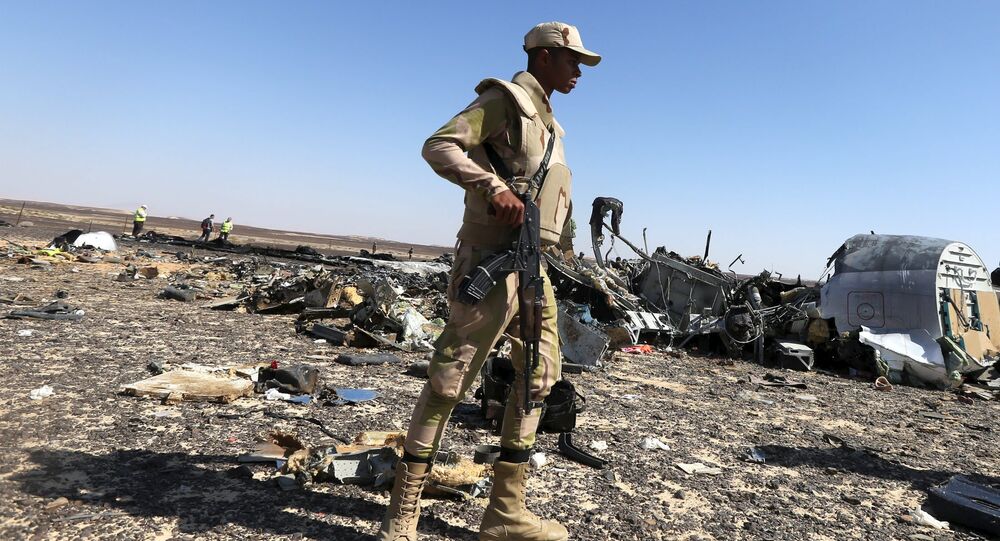 The Airbus multinational company's spokesman said that company's experts are ready to assist investigators in decoding the flight data recorder recovered at the Russia's flight 7K9268 crash site in Egypt.

Two Kogalymavia Airbus A321 black boxes had been found at the crash site in the central Sinai Peninsula. Egyptian media reports claimed an Egyptian-Russian-French team began decoding the data stored in the flight recorders earlier on Sunday.

“We stand ready to support with reading out the data, for now our experts are in Cairo to support on the technical side,” Schaffrath said.

The Airbus spokesman added that its systems and structures experts have the capability to rebuild the aircraft.

The Kogalymavia Airbus disappeared from radars 23 minutes after takeoff from the Egyptian resort of Sharm El-Sheikh en route to St. Petersburg. All 217 passengers and seven crew members on board were confirmed dead.