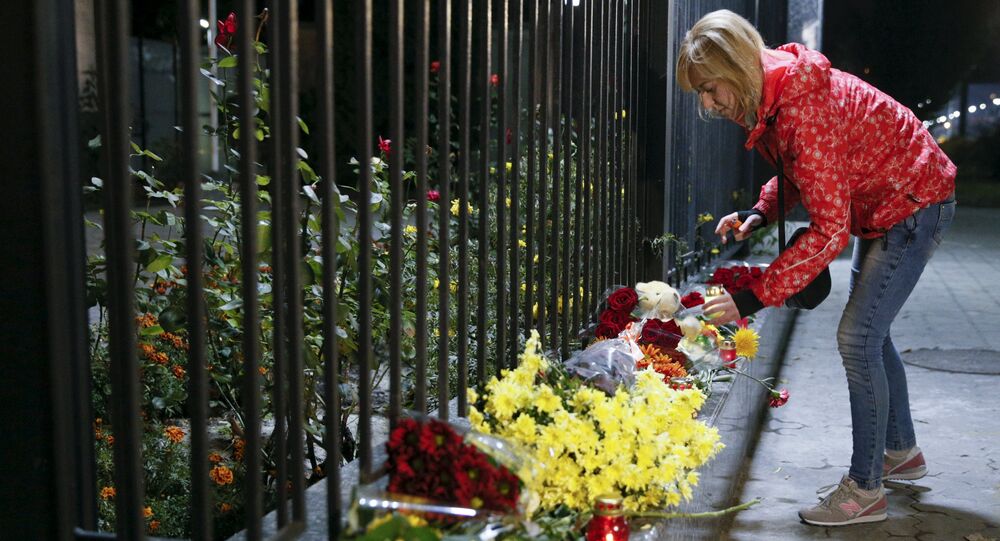 Kiev residents brought flowers to the Russian Embassy in Ukraine to express condolences to the victims of the Russian A321 plane crash.

The whole world has been sharing their condolences with the families of the passengers of the Kogalymavia airliner that crashed in the Sinai Peninsula in Egypt on October 31, leaving no survivors.

The evening of the same day, a crowd gathered near the Russian Embassy in Ukraine.

Kiev residents placed flowers, toys and candles near the Embassy gates. They also left notes with words of support.

People cried and made crosses over their hearts as they put dozens of bouquets and lit lamps on the lawn and the foundation of the embassy building on Vozduhoflotskiy boulevard.

The Ukrainian National Guard patrolled the territory around the building to prevent possible provocative acts.

November 1 was declared as a national day of mourning in Russia.