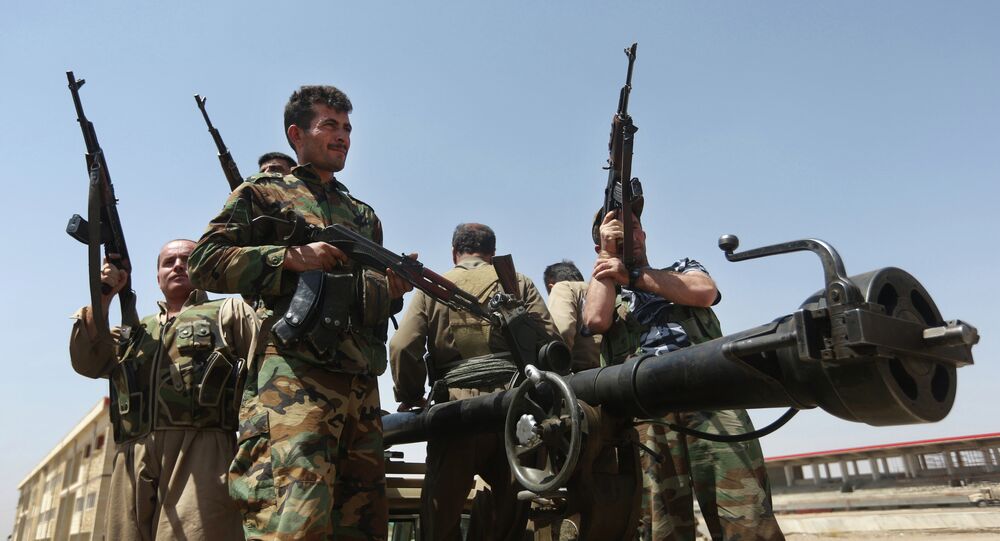 Adam Smith, who was the Green Party's candidate for Winnipeg South in Monday's elections claims that if Canada's new Liberal government drops out of the US-led combat mission against ISIL, Ottawa will make up for the move by training and assisting the Kurds.

MOSCOW (Sputnik), Anastasia Levchenko — If Canada's new Liberal government drops out of the US-led combat mission against Islamic State (ISIL, or ISIS), Ottawa will make up for the move by training and assisting the Kurds, Adam Smith, who was the Green Party's candidate for Winnipeg South in Monday's elections, told Sputnik.

© East News / CHRIS GARDNER
Ben Cardin: Canada to Remain US Partner in Anti-ISIL Fight
Following Justin Trudeau’s election on Tuesday, the prime minister-elect announced that, although Canada remained a strong member of the US-led coalition, its fighter jets would no longer take part in the aerial bombardment of the ISIL militant group in Iraq and Syria.

"Dropping out of the ISIS campaign will probably not help relations with the US… We will see how much additional support we pledge in the form of training and assistance for the Kurds in order to balance out the end to our direct military assistance," Smith said.

Considering the "mostly symbolic role" of Canada in the military campaign, the effectiveness of the fight against the terrorists will not suffer, Smith noted.

"In order to maintain favor with the US despite dropping out of the military campaign against ISIS, we will likely not stray too far from the US position," the Canadian politician reiterated.

On Monday, Trudeau’s Liberal Party won almost 40 percent of the votes cast in Canada’s general election, which translates into 184 seats in the 338 seat Canadian House of Commons. Liberals came to power after ten years of Conservative Party rule.

Canada has participated in the US-led coalition against ISIL since October 2014.

'A New Day' for Canada and Other Sea Changes