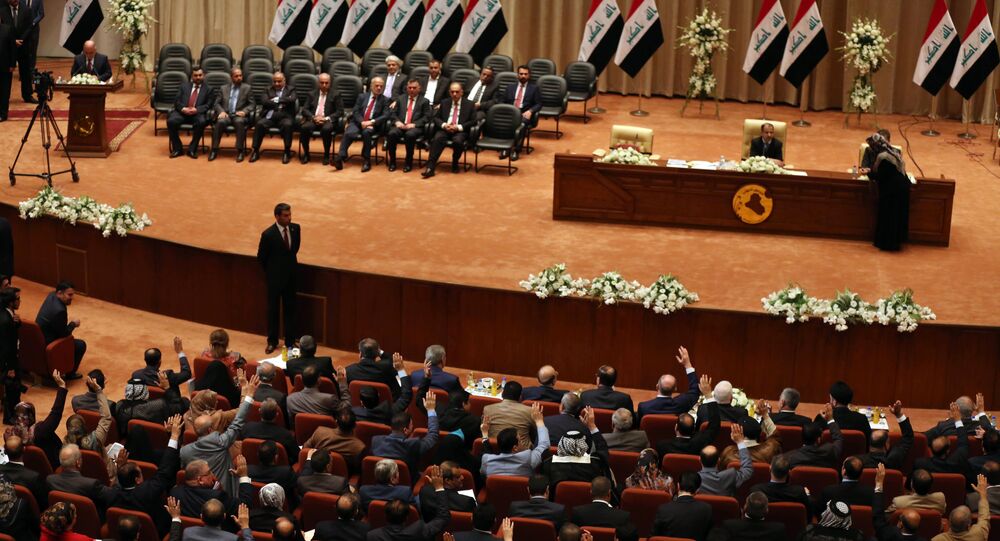 The Iraqi Security and Defense Committee delegation will visit Moscow mid-November, the secretary of the committee told Sputnik.

MOSCOW (Sputnik) — A delegation from the Iraq parliament's Security and Defense Committee will visit Russia in mid-November to discuss military, technical and anti-terror cooperation between Moscow and Baghdad, the secretary of the committee told Sputnik on Thursday.

"As it has been agreed, the visit of the Security and Defense Committee to Moscow will take place in mid-November for talks on a wide range of issues, including operation of [Baghdad] information center, as well as Russia's support to Iraq in the fight against Islamic State," Hoshyar Abdullah said, adding that the discussions will be held with the Russian government officials.

He added that the issue of Russia's military aid to the country and the training of the Iraqi Army will be on the agenda.

Vast territories in Iraq and neighboring Syria have been occupied by the Islamic State (ISIL) militant group, which has proclaimed a caliphate on the land under its control.

© AFP 2021 / AHMAD AL-RUBAYE
Iraqi Parliament to Vote on Request for Russian Airstrikes, Snubbing US Wishes
Washington has been sending troops to Iraq, at the request of the Iraqi government, for military consultations and assistance to local forces in an effort to counter the recent advance of the ISIL, since 2014. A US-led international coalition has also been conducting airstrikes on ISIL position in Iraq.

Earlier this month, Iraqi Prime Minister Haider Abadi said he was disappointed by the assistance provided by the United States in the fight against ISIL, underscoring the need for a larger coalition, which would also include Russia and Iran.

Iraq Made No Pledge to US Over Russian Airstrikes Against ISIL