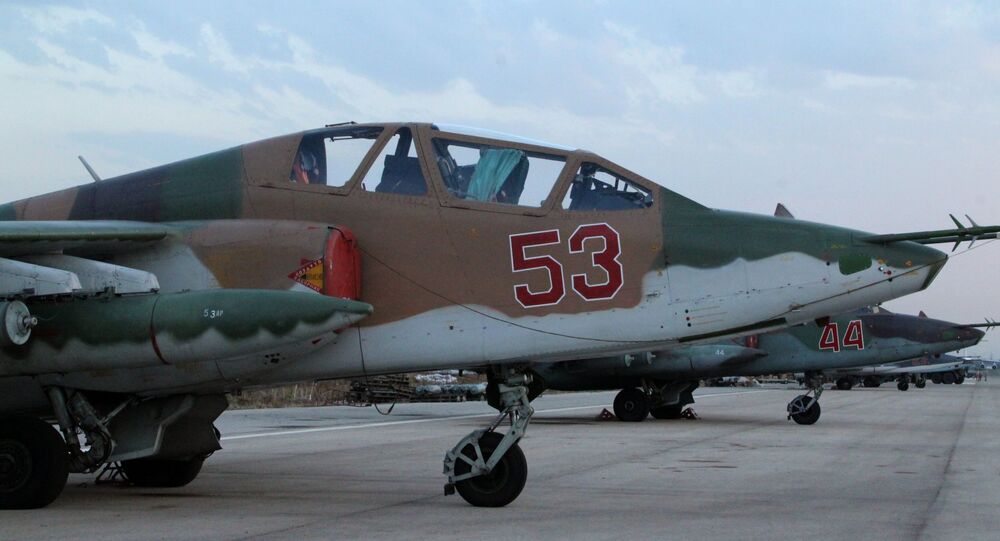 Russian jets destroyed three of ISIL's multiple-launch rocket systems and about 20 tanks in Syria, according to the Russian Defense ministry.

Two pairs of Russian SU-25 hit the islamists' headquarters in Aleppo and a command post in the mountain ridge of Jebel Batra, the ministry says.

Also, more than 20 tanks have been destroyed by SU-34 fighters in Homs province.

Combat aircraft from the Russian air group deployed in Syria carried out 15 sorties on Monday striking 10 Islamic State targets in various parts of the country, the Russian Defense Ministry said.

Maj. Gen. Igor Konashenkov stressed that the results of the airstrike had been confirmed by solid reconnaissance data, including intercepted communications between militants.

Russian Aircraft Return to Base After Bombing ISIL in Syria

Airstrikes in Syria Must Target All Terrorists

Damascus Confident Syrian-Russian War on Terrorism to End in Victory