Riad Abbas, the Syrian ambassador to India, called on countries that support terrorism in Syria to refrain from funding the militant groups. 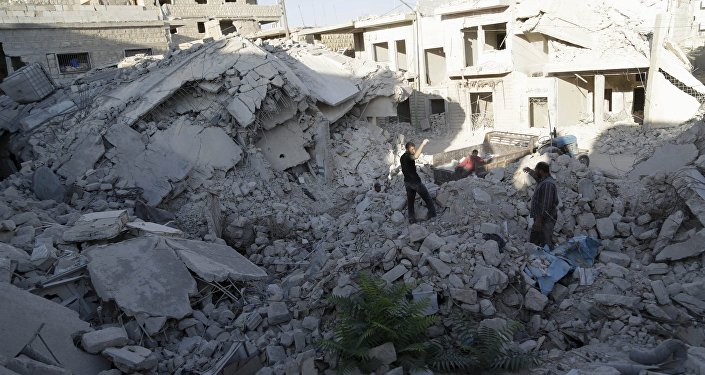 © REUTERS / Khalil Ashawi
Here’s How And Why Russia Is Fighting ISIL In Syria
NEW DELHI (Sputnik) — The long-standing Syrian civil war should be resolved by a political round table discussion between the government and the country’s opposition, Riad Abbas, the Syrian ambassador to India, told Sputnik.

The ambassador called on countries that support terrorism in Syria to refrain from funding the militant groups.

The United States has been conducting airstrikes without Damascus' approval and training the so-called moderate opposition in the country within the framework of an international coalition, which it leads.

Russia has been engaged in international efforts to find a political solution to the ongoing conflict in Syria. In 2015, Moscow hosted two rounds of talks between representatives of the Syrian opposition and the current government.