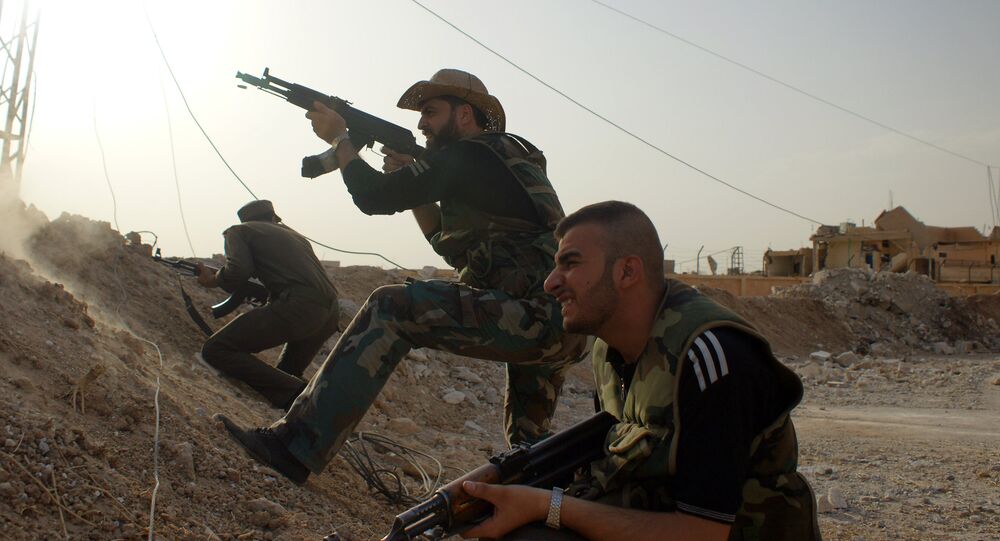 Konstantin Kosachev, the head of the Russian upper house of parliament’s Foreign Affairs committee, said that Russian military operation in Syria will be exclusively an air operation, but in tight coordination with the ground operations that are being conducted by the Syrian Army.

MOSCOW (Sputnik) – Russia will not risk getting pulled into a long-term conflict or putting the country’s military servicemen in danger, the head of the Russian upper house of parliament’s Foreign Affairs committee said Wednesday.

“We won’t enter a risk zone of where we would be dragged into a long-term conflict or when the risk of our servicemen’s lives is at stake. [The Russian military] operation is exclusively an air operation, and in tight coordination with the ground operations that are being conducted by the Syrian Army, of course,” Federation Committee on Foreign Affairs Konstantin Kosachev said during an interview on Russia’s Rossiya-24 television.

“We will support the Syrian Army the entire time of its ground operations,” Kosachev added.

Photo host agency
Russia Sends Military Aid to Syria to Fight Terrorism, Support Gov't
According to the official, Russian military involvement in a prolonged conflict is out of the question and an operation in Syria would be carried out within the framework of international law.

"We are not interfering in a sovereign state's internal affairs," he said.

Earlier in the day, Chief of Staff of the Presidential Executive Office Sergei Ivanov said that the operation would be temporary and conducted in line with international law.

Syria has been in a state of civil war since March 2011. Government forces have been fighting both so-called moderate opposition factions and extremist groups, such as Islamic State and the Nusra Front.