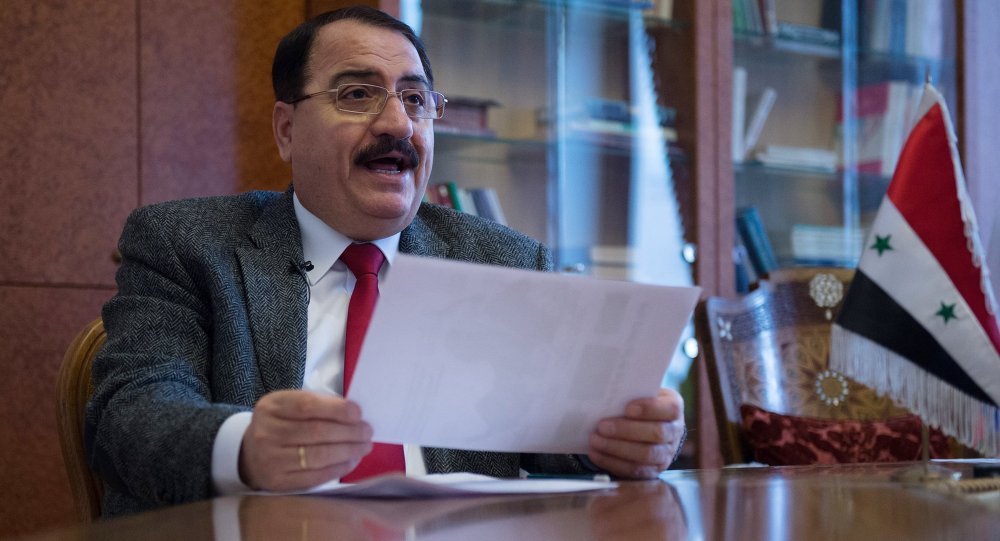 Syria's Ambassador to Russia Riyad Haddad called the talk about Russian troops on Syrian territory "a lie spread by western countries and the Untied States."

"For 30-40 years we have cooperated with Russia in various areas, including in the military sphere. Yes, we receive weapons, military equipment, everything is done in accordance with the agreements signed between our countries… But this talk about your [Russian] troops on Syrian territory is a lie spread by Western countries, the Untied States," Haddad told Rossiya-24 television.

© Sputnik / Andrei Stenin
Lavrov Confirms Russian Military Present in Syria to Deliver Arms to Army
Last week, Russian Foreign Minister Sergei Lavrov said that Russian military specialists had been deployed in Syria in order to help Syrians master Russian military equipment that is being delivered to assist Damascus in its fight against terrorism.

Syria has been mired in civil war since 2011, as government forces loyal to Syrian President Bashar Assad fight several opposition and radical Islamist militant groups, including the Nusra Front and Islamic State.

Russia has been engaged in international efforts to solve the ongoing civil war in Syria, as well as providing humanitarian aid to people in the conflict-torn country.