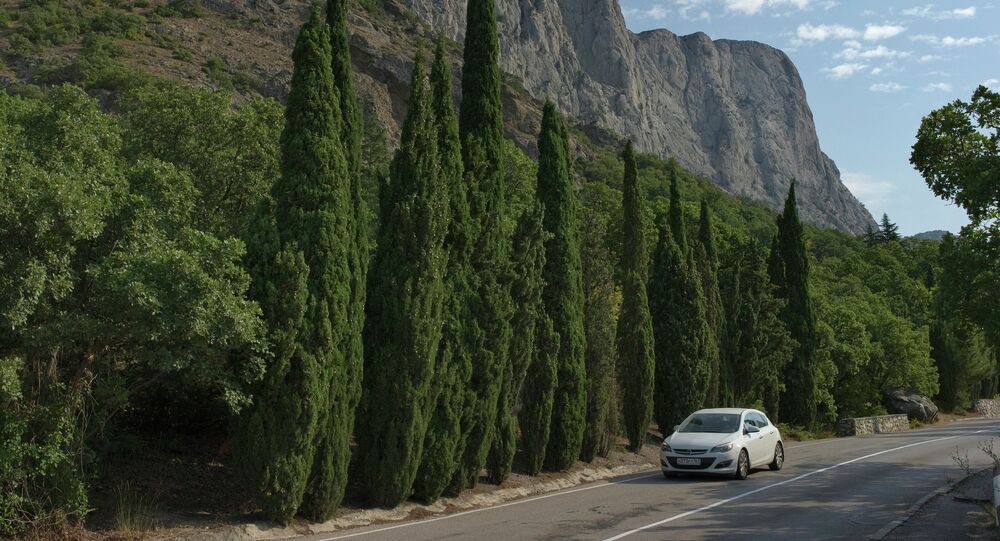 Poroshenko may not be willing to part with the notion that Crimea is part of Ukraine, but that won’t stop the chocolate baron from demanding cash for the territory.

Business seems to be winning over politics once again in Ukraine: President Petro Poroshenko has signed a decree which will mandate the ongoing re-calculation of indemnification for the loss of Crimea, caused by what he calls the “temporary occupation of  part of Ukraine’s territory”, referring to the peninsula’s reunification with Russia.

© Fotolia / Puchikumo / Klara S
Oops! Latvia Just Recognized Crimea as Part of Russia?
In particular, the decree mandates the calculation of losses caused by “the prevention of execution by the state of Ukraine of its property and proprietary interests on the territory of the Autonomous Republic of Crimea and in Sevastopol,” adding that it is being conducted “together with the National Institute for Strategic Studies and other scientific-research establishments to prepare Ukraine’s stand on the protection of the state’s proprietary interests,” according to a statement published by Poroshenko's press-service.

In one month the government has to take measures on holding talks with the Russian party on settling the dispute between Ukraine and Russian Federation on the “interpretation and application of an agreement between the two on the encouragement and mutual protection of investments.”

© AP Photo / Alexander Zemlianichenko
Just Business: Leaked Docs Reveal Poroshenko Recognized Crimea as Russian
A number of ministries, including the country’s Foreign Ministry, Justice Ministry, Ministry of Energy and Coal Mining and others, are advised to invite legal advisers to work on the protection of Ukraine’s interests, which have been damaged by the loss and impossibility of using state property and loss of revenue on the territory of the peninsula.

Earlier in May the Ukrainian Justice Ministry already offered its estimation of the losses in the form of a 17-volume calculation that values the territory, including such items as the 300 kilograms of gold kept at the Crimea branch of the Ukrainian central bank, at 1.08 trillion hryvnias ($89.6 billion).

Meanwhile, Gross Domestic Product (GDP) in Ukraine was worth $131.81 billion in 2014, according to data released by the World Bank.

© Sputnik / Taras Litvinenko
Ukraine Unable to Turn Europe From Learning Truth About Crimea – Official
So, the country is demanding far more than a half of its annual GDP for the lost territory.

Kiev has even threatened to nationalize Russian overseas property in retaliation.

The decision is now up to the European Court of Human Rights.