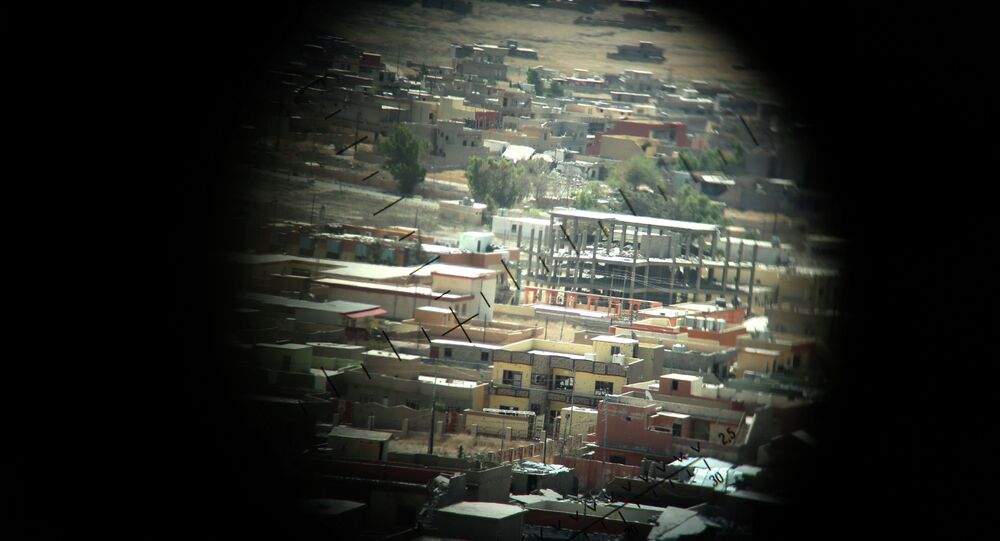 © AP Photo / Islamic State militant website
ISIL AIDS-Bombs: Terror Group to Send Infected Fighters on Suicide Missions
MOSCOW (Sputnik) — A field test carried out by the US military on fragments of mortar fired at Kurdish military forces in the northern Iraqi city of Makhmour by the Islamic State jihadist group, revealed traces of sulfur mustard-gas agent, the US chief of staff for anti-IS operations said on Friday.

"That is a presumptive field test and it is not conclusive, and what those results tell us is merely the presence of that chemical. It doesn't tell us anything more than that," Brig. Gen. Kevin Killea said as quoted by CNN.

He added that definitive test results will be completed “in a couple of weeks.”

Islamic State is a violent extremist group that has seized large areas in Iraq and Syria, establishing a caliphate on territories under their control.

ISIL Claims Responsibility for Abduction of Hamas Militants in Sinai